Being put into bat, Marcus Stoinis late fireworks powered the Capitals to 157 which was tied by Kings XI Punjab, thanks to a magnificient innings from Mayank Agarwal. Kagiso Rabada then starred to win the Capitals' their tournament opener. 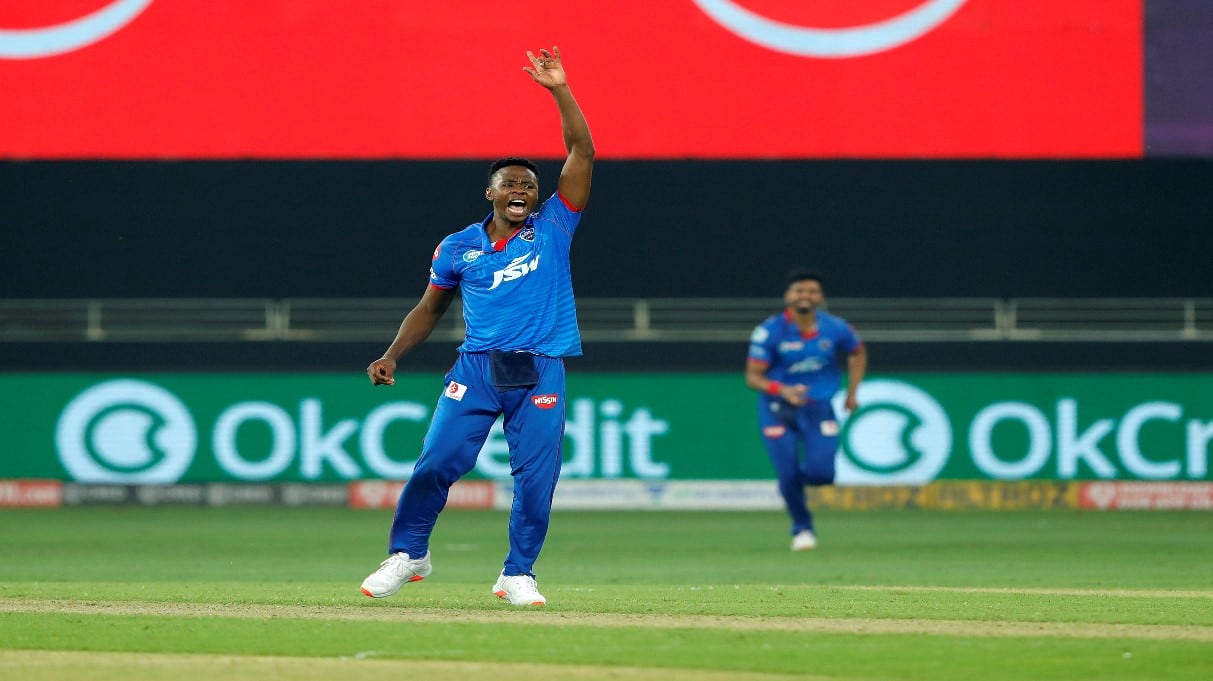 In the second match of IPL 2020, Delhi Capitals defeated Kings XI Punjab in a super over thriller on Sunday (September 20) at the Dubai International Stadium in UAE.

Kings XI will be left to rue their chance as at one stage they needed just 1 run to win off 3 balls in the final over but failed to capitalize and with the scores tied at 157 at the end of the allotted 20 overs, the match proceeded into the super over.

South African pacer Kagiso Rabada was the hero for the Capitals in the Super over as he dismissed KL Rahul and Mayank Agarwal of consecutive deliveries to end Kings XI’s super over in just 3 balls with just two runs on the board.

With just 3 runs to chase, Rishabh Pant and Shreyas Iyer chased it down easily to kick-off Delhi’s IPL 2020 campaign with a thrilling victory.

But, just when they started expressing themselves, both of them were dismissed of successive deliveries. It was the late blitz and flurry of boundaries from Stoinis (53 off 21 balls; 4x7, 3x6) that took Delhi to a competitive total with 30 runs coming off the final over from Chris Jordan.

Kings XI were off to a better start as compared to Delhi but Mohit Sharma removed their skipper KL Rahul on a peach of a delivery. This kick-started a rapid collapse where Kings XI lost 4 wickets in exchange off just 4 runs. Ravichandran Ashwin, playing against his former side, was the man with the golden arm as he dismissed Karun Nair and Nicholas Poora in the same over to turn the tide in Capitals’ favor.

Mayank Agarwal and Krishnappa Gowtham steadied the ship and built a 45-run stand for the sixth wicket. After Gowtham’s dismissal, it looked like the match was done and dusted but Mayank Agarwal single-handedly took them close to victory with his magnificent 89 (60 balls; 4x7, 6x4) but failed to take his side over the final hurdle as he was dismissed on the penultimate delivery off the final over bowled by Stoinis with just one needed of three deliveries. On the final ball with one needed off one balls, Chris Jordan his the ball straight to Kagiso Rabada to tie the match and take it into the super over.

Marcus Stoinis was deservingly given the man of the match award for his game changing innings and for bowling a maginificient final over in the Kings XI innings.

IPL 2020, Delhi Capitals vs Kings XI Punjab: As it happened