Shreyas Iyer-led Delhi Capitals will lock horns with Dinesh Karthik's Kolkata Knight Riders (KKR) in Match 16 of the 2020 edition of the Indian Premier League (IPL) at the Sharjah Cricket Stadium on Saturday. 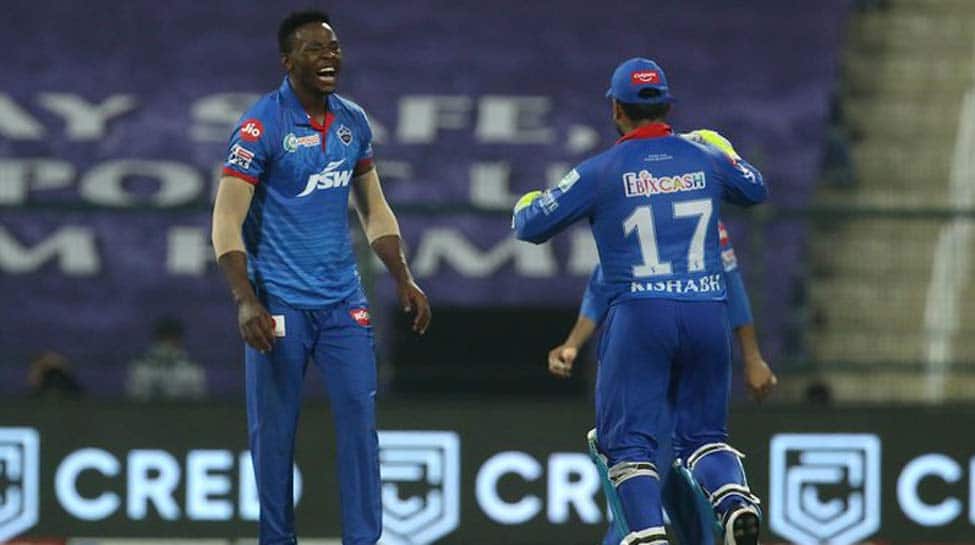 Shreyas Iyer-led Delhi Capitals will lock horns with Dinesh Karthik's Kolkata Knight Riders (KKR) in Match 16 of the 2020 edition of the Indian Premier League (IPL) at the Sharjah Cricket Stadium on Saturday.

Both sides will head into the clash with two wins from their three matches. However, Delhi Capitals are standing a place above the Kolkata franchise in the IPL points table at the second spot because of better net run rate.

Delhi kickstarted their campaign at the 13th season of the cash-rich league with a Super Over win over the Kings XI Punjab before clinching a comfortable 44-run triumph over three-time winners Chennai Super Kings (CSK) in their second fixture.

However, the Iyer side slumped to a 15-run defeat at the hands of Sunrisers Hyderabad in their previous fixture to hand the David Warner-led team their first win of the season.

KKR, on the other hand, began their camapign with a 49-run defeat against defending champions Mumbai Indians before registering back-to-back victories against Sunrisers Hyderabad (by 7 wickets) and Rajasthan Royals (by 37 runs) to climb up in the standings.

The Delhi Capitals have so far impressed with both bat and ball, with most of their players contributing well except in the last clash.

Meanwhile, KKR still need to reap the benefits of their experienced players like Eoin Morgan, Sunil Narine and Andre Russell who have done work in bits and pieces till now.

Talking about the head-to-head record, the Dinesh Karthik-led side holds a slight edge over Delhi Capitals going into the clash.

The two teams have locked horns in a total of 23 matches in the IPL, with KKR winning on 13 occasions and DC emerging victorious in 10 games.

However, the Shreyas Iyer-led side had won both the matches they played against Kolkata in 2019. While they clinched a Super Over win over KKR in the first neck-to-neck match at home, opener Shikhar Dhawan's unbeaten knock of 97 helped Delhi Capitals seal a seven-wicket win over the Knight Riders in their second game last season.

Overall, KKR have clinched the coveted trophy twice (2012, 2014), while Delhi Capitals are one of the three teams--the other being Royal Challengers Bangalore (RCB) and Kings XI Punjab--who are yet to win the IPL title.

The clash between KKR and DC will be the second match of the first double header of the 2020 IPL and will begin at 7.30 pm in the abcense of fans amid COVID-19 pandemic. While the match will be telecast at Star Sports Network, the live streaming of the tie will be available at