The recently-concluded three-match ODI series against New Zealand was won by India 2-1 but they suffered an eight-wicket loss at Hamilton on February 1 after being bowled out for 149. 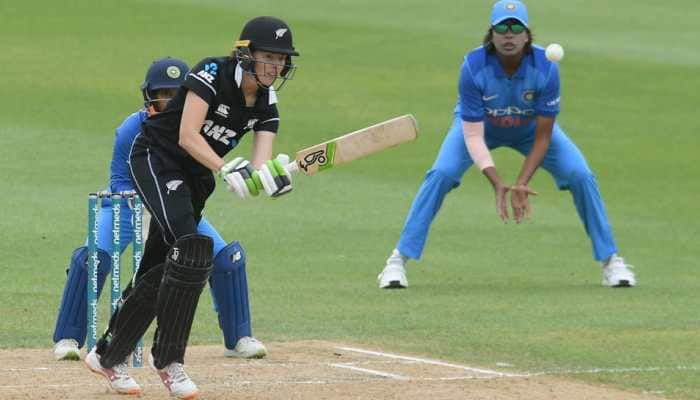 Smarting from a heavy loss in the final one-dayer, the Indian women's cricket team will aim for a solid show in the opening encounter of the three-match T20I series against New Zealand, beginning here Wednesday.

The three-match series, which was part of the Women's ODI Championship, was won by India 2-1 but they suffered an eight-wicket loss at Hamilton on February 1 after being bowled out for 149.

Harmanpreet Kaur, who did not get to do much in ODIs in which Mithali Raj was captain, will lead the T20I side. It will be India's first game in the format ever since that infamous loss to England at the World T20 in the Caribbean, where Mithali was dropped for the all-important semifinal.

That decision of the team management triggered a massive controversy and Ramesh Powar was replaced by W V Raman as the head coach.

Questions were raised over Mithali's strike-rate in the shortest format and it remains to be seen how she approaches the series, having played a record 200th ODI at Hamilton.

Surprisingly, the Indian batters struggled most against spinners in the third ODI and that is one area they would be looking to improve.

Harmanpreet is expected to play a much bigger role with the bat and lot will depend on start provided by Smriti Mandhana and Jemimah Rodrigues, who both were not amongst the runs at Hamilton.

Mandhana, however, had a memorable series with scores of 90 and 105, enough to earn her the player of the series award.

Tanya Bhatia had opened with Mandhana in the World T20 semifinal against England but since then Rodrigues has formed a potent pairing with the southpaw.

Eyes will also be on uncapped all-rounder Priya Punia, who replaced an out of form Veda Krishnamurthy in the squad.

The three-games will also help the team management assess where it stands ahead of the T20 World Cup in Australia early next year.

Sarfaraz Ahmed to continue as Pakistan captain till 2019 World Cup