In Masakadza's absence, batsman Peter Moor will lead the national side against the UAE. 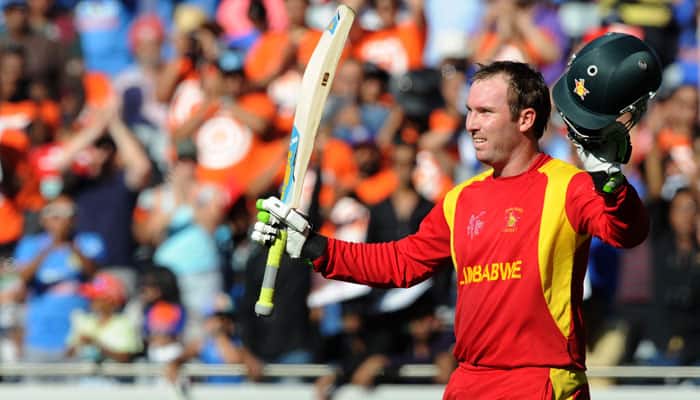 Skipper Hamilton Masakadza and batsman Brendan Taylor have not been included in the 16-member Zimbabwe squad for the upcoming four-match ODI series against the United Arab Emirates (UAE) because of their respective injuries.

While Taylor has not yet recovered fully from a right-calf muscle tear that he sustained during a domestic match in February, Masakadza has an injury on his left thumb which he suffered during his stint with Lahore Qalandars in the 2019 edition of the Pakistan Super League (PSL).

Reflecting on their injuries, the Zimbabwe Cricket said the duo has not recovered in time to play a part at least in the opening two matches of the upcoming one-day series, ESPNcricinfo reported.

In the regular captain's absence, batsman Peter Moor will lead the national side against the UAE.

While uncapped left-arm spinner Ainsley Ndlovu has got a maiden call-up in the national squad, offspinner Tony Munyonga has also been named for the UAE series.

Besides them, Regis Chakabva and Timycen Maruma--who played their last ODI for Zimbabwe in November 2015 and June 2016 respectively, have been recalled in the Zimbabwe squad.

The UAE will play their first-ever bilateral ODI series against a Full Test nation, Zimbabwe, from April 10 at Harare Sports Club.

The full Zimbabwe squad is as follows: