Australia and India are slated to play two-match T20I series in Visakhapatnam from February 24 before the two sides head into five ODIs, beginning March 2 in Hyderabad. 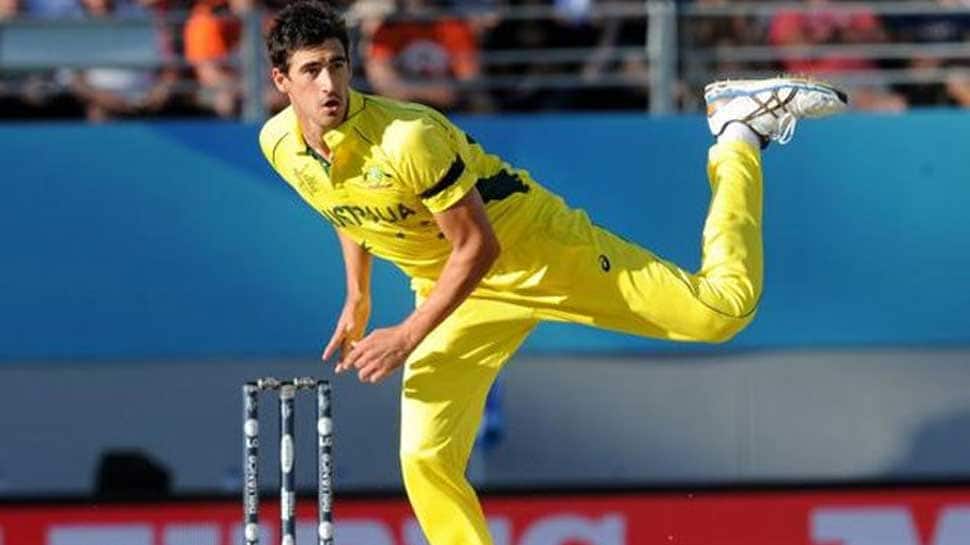 The 29-year-old, who was declared 'Man of the Match' for bagging 10 wickets in the second Test of the three-match series against Sri Lanka in Canberra, is suffering from a soft tissue injury in his upper body, according to reports by News Corp.

Starc's absence might come as a huge setback in Australia's preparation for the 2019 International Cricket Council  (ICC) World Cup, which is slated to be held at the England and Wales from May 30 to July 14.

Meanwhile, Starc's fellow pacer Josh Hazlewood is also expected to be ruled out of the limited-overs series against the Men in Blue after failing to recover fully from a back injury which he sustained during Test series against India in December.

However, former Test captain Steve Smith and vice-captain David Warner will become eligible for selection in state and international cricket on March 29 after completing their year-long bans for their role in the massive ball-tampering scandal that took place in South Africa in March last year.

Though the chances of the duo's return soon after the completion of their bans have been complicated by elbow injuries, Smith's manager rubbished the reports that the former skipper could miss the World Cup.

Smith had undergone a surgery to treat a ligament in his right elbow in the second week of January and was required to be in a brace for six weeks before he was to undergo extensive rehabilitation.

Reflecting on the same, his manager Warren Craig said that Smith remained in the brace after his surgery, which went really well.

"Until the brace comes off we don't know for sure but all current opinion is that he'll then have about three and a half weeks (before being ready to play)," cricket.com.au quoted Craig as saying.

Australia and India are slated to play two-match T20I series in Visakhapatnam from February 24 before the two sides head into five ODIs, beginning March 2 in Hyderabad.