Hyderabad (SRH) displayed another good performance as they beat Kolkata (KKR) by five wickets to register their third successive win in IPL 2018 on Saturday. 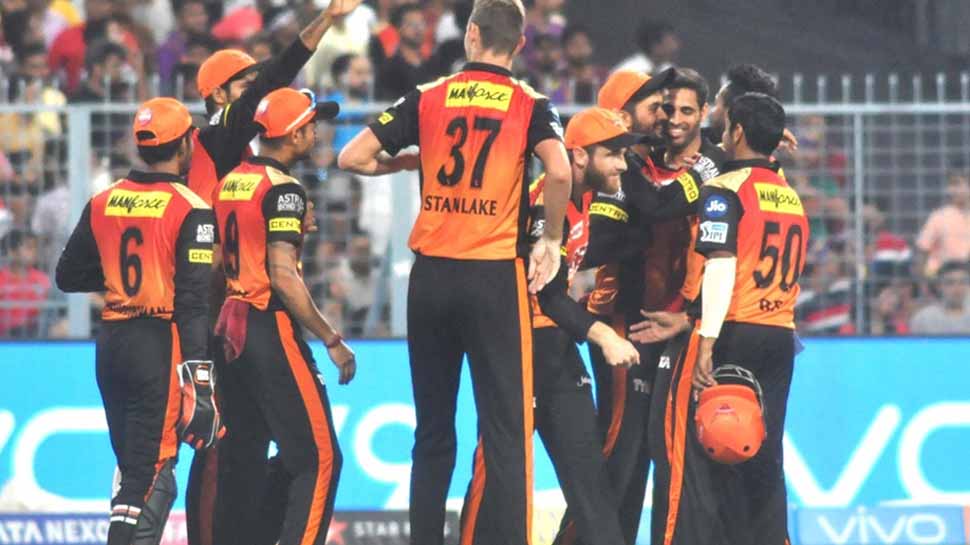 Hyderabad (SRH) displayed another good performance as they beat Kolkata (KKR) by five wickets to register their third successive win in IPL 2018 on Saturday.

Chasing 139 to win at the Eden Gardens, SRH, riding on captain Kane Williamson's 50 off 44 balls, didn't face much trouble and got over the line off the last ball of the 19th over. The visitors' chase looked in bad shape briefly after spinners Sunil Narine and Kuldeep Yadav had combined to reduce them to 55/3 in the ninth over.

However, Bangladeshi allrounder Shakib Al Hasan joined Williamson and both added 55 runs to dissipate any doubts SRH fans might have had. Shakib (27 off 21 balls) and Williamson departed in quick succession but by then they had done their job and  Yusuf Pathan (17* off 7 balls) launched Andre Russell into the stands to hand his former employers their second successive defeat.

Earlier in the day after being put into bat by Williamson, KKR looked helpless against the bowling brilliance of the visitors for the large part of their innings. Bhuvneshwar Kumar returned and turned in figures of 3/26 as the hosts could only make 138/10.

The second-wicket 39-run partnership between Chris Lynn and Nitish Rana was the highest for Kolkata and that, to all intents and purposes, really showed how poor KKR were with the bat. They lost wickets at regular intervals and compromised their cause greatly.

Apart from Lynn (49 off 34 balls) and captain Dinesh Karthik (29 off 27 balls) and to some extent Rana (18 off 16 balls), the rest of the KKR batsmen looked at sea against Hyderabad's brilliant bowling resources.

Aussie pacer Billy Stanlake and Bangladeshi Shakib Al Hasan also took two wickets each to play their part in the restriction of KKR.

Last but not least, SRH's Manish Pandey had a field day and took a couple of blinders to aid his bowlers not a little. First, he caught Rana at point. The ball was really travelling and Pandey showed great reflexes there. Not long after that he ran back from point to finish a breath-taking catch in the third man region close to the boundary to facilitate the departure of the dangerous Andre Russell for 9.

For displaying a brilliant fast bowling performance that saw him take the wickets of Rana and Russell, Stanlake was chosen Man of the Match.