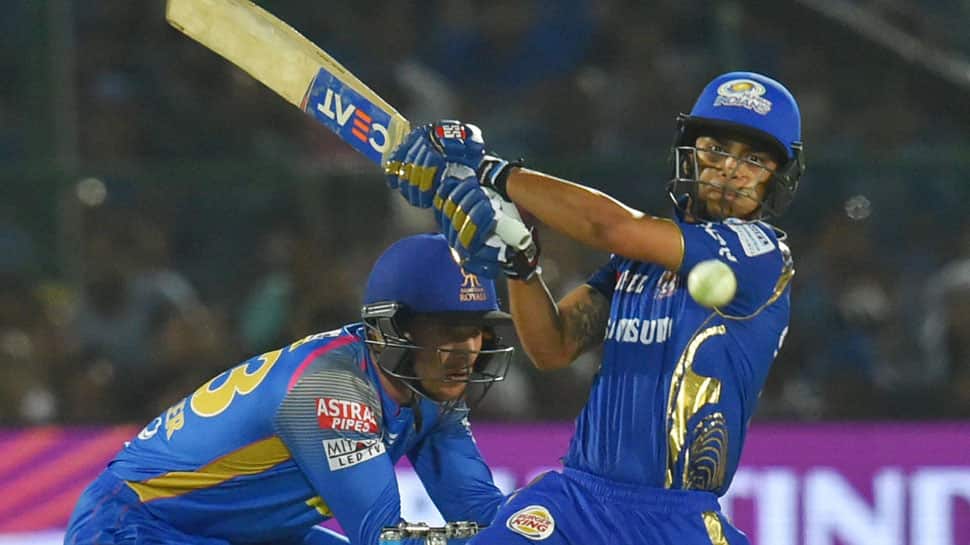 Hello and welcome to Match No.55 of IPL 2018 between DD and MI in New Delhi. DD have won the toss and decided to bat. One change for both teams. For hosts, Liam Plunkett comes in for Avesh Khan. For MI, Mustafizur Rahman replaces injured Mitchell McClenaghan. Track the match here with our scorecard.

Back in their element at the business end of the tournament, defending champions Mumbai will be looking to fire on all cylinders against wooden spooners Delhi in their bid to clinch a play-off berth in a must-win IPL encounter.

Statistically, five teams save DD are still contention, with two play-off spots still up for grabs.

In the mid-table clutter, Mumbai are among the four teams who are at 12 points and fighting for a spot in the play-off.

A KKR win will mean that only one slot will be left during the final two encounter with an eye on net run-rate.

While Rajasthan and Bangalore will face off in one of the two matches on Saturday, Punjab take on Chennai Super Kings in the final round-robin match later in the evening at Pune on Sunday.

However the performance in the past few matches is sure to have boosted the confidence of Rohit Sharma and his men.

Mumbai had a topsy-turvy campaign so far as after a series of defeats early in the tournament, they were able to string in the victories when it mattered most.

However, DD can be the banana peel and Mumbai will be wary after CSK slipped in their penultimate game. For DD, there is nothing but pride at stake, which makes the young team  a dangerous opposition.

The last time the two teams faced off, it was DD who won by seven wickets win in a last-over thriller.

Mumbai's batsmen have been inconsistent so far with skipper Rohit Sharma scoring only 273 runs in this edition so far.

It took a strokeful fifty from Kieron Pollard to help Mumbai post a competitive score against Punjab in their last match.

Suryakumar Yadav (500 runs) has been among runs after being promoted as opener while West Indian opener Evin Lewis (334) has had his moments on and off.

Skipper Rohit's poor form is a big worry for Mumbai. Apart from his match-winning knock against RCB, Rohit has failed to live up to the expectations of the fans and MI need him to contribute big time, so that Pollard and the Pandya brothers - Hardik and Krunal - can provide the late charge if needed.

Jasprit Bumrah's (16 wickets) sensational three-wicket haul in the last match will give him a lot of confidence.

Hardik (18 wickets and 233 runs) has been solid without being spectacular while Krunal (224 runs and 11 wickets) has again been impressive.

For Delhi, it has been another forgettable season as they looked below par throughout the tournament. Despite having legendary Ricky Ponting on board as coach and handing the captaincy in the middle of the tournament to young Shreyas Iyer, they have once again brought up the rear.

However, a break of five days seemed to refresh them as they outclassed formidable Chennai by 34 runs to restore some pride.

Vijay Shankar and Harshal Patel helped Daredevils post 162 for five and then leg-spinners Amit Mishra (2/20) and young Sandeep Lamichhane (1/21) managed to restrict CSK to 128 for six and Iyer would expect a similar effort from his team tomorrow.

IPL 2018 points table after Matchday 43: RR move up to fourth after knocking out RCB