IPL 2018: In a rare bowling performance, Umesh Yadav stuns MI with wickets off first two balls of the match

Umesh Yadav is in some serious rhythm in IPL 2018! 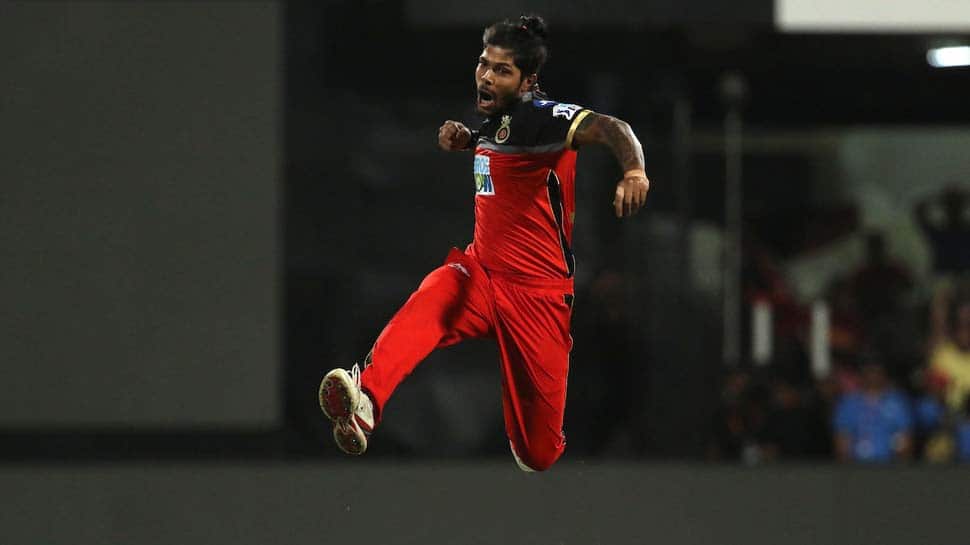 Umesh Yadav is in some serious rhythm in IPL 2018!

Continuing his impressive bowling performance this season, the Bangalore fast bowler started with a bang against Mumbai at the Wankhede Stadium on Tuesday.

The first two deliveries of the match bowled by him yielded wickets. The in-form Suryakumar Yadav was the first to go as the quick delivery from Umesh went through his defences.

Ishan Kishan was the next to go as a fiery Umesh again managed to hit the stumps. Two wickets off the first two balls of the match!

This kind of start to a match is very uncommon in the IPL. It has happened only once before, back in 2011 when Punjab's Praveen Kumar dispatched Chennai's Srikkanth Anirudha and Suresh Raina off the first two balls of the match.

Bowlers getting wickets off first 2 balls of the inns in IPL:

With those two wickets, Umesh took his tally to seven wickets and could very well take the Purple Cap from Sunil Narine by the end of Matchday 11 if he continued in the same vein in the rest of the match. In RCB's opening match against KKR, the 30-year-old India pacer returned 2 for 27 and followed it up with 3/23 against Punjab in the second game. However, in their next encounter against Rajasthan he proved expensive as he finished with 0/59.

This is Bangalore's fourth match this season and they have been very average so far, having won one game and lost two. Seeking their second win, they have got just the start they wanted. And if they go on to win the match they will have Umesh plenty to thank for playing his part to perfection.