IPL 2018 points table after Matchday 41: RCB move up to fifth with win over SRH

RCB beat SRH to move two rungs up to fifth in the 2018 IPL standings on Thursday. 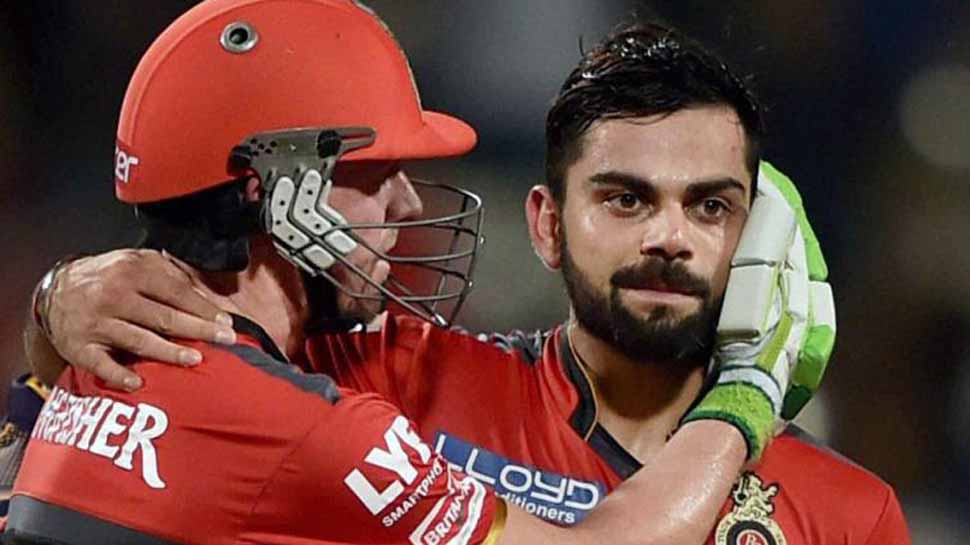 RCB beat SRH to move two rungs up to fifth in the 2018 IPL standings on Thursday.

It was their sixth win in 13 games. SRH, on the other hand, suffered their fourth defeat in 13 games but the loss didn't affect their position as they remained top of the table with nine wins.

Here is how all eight teams are placed on the table after Matchday 41.

Talking about the only match of the day, RCB overcame SRH to keep their play-off hopes alive in IPL 2018.

Chasing a mammoth 219 to win at the Chinnaswamy Stadium in Bangalore, the SRH captain provided a big scare with a top-notch innings but Virat Kohli's men just managed to prevail over their opponents.

Manish Pandey (62 not out of 38 balls) kept Williamson good company but despite doing their damnedest, the duo couldn't take SRH over the line.

The visitors finished their innings on 204/3 to concede the contest by 14 runs.

Earlier in the day, Moeen Ali at last proved his worth with a timely innings for RCB.

RCB were in a must-win situation and shortly after being put into bat they found themselves in the doldrums having lost Parthiv Patel (1) and Virat Kohli (12) without significant contributions.

Moeen joined AB de Villiers at the crease and batted with such conviction from the word go that the South African - after a nervous start - appeared all of a sudden at ease at the other end: he knew he had a partner who was there to stay and share the scoring responsibility with him.

Both batsmen added 107 runs off 57 balls for the third wicket to bring RCB back into the game, with Moeen dominating the stand with 61. SRH needed a Rashid Khan special in the 15th over to see the backs of both the batsmen but by then, they had done their job.

Moeen made his first IPL fifty and hit two fours and six sixes during the course of his 65 off 34 balls. De Villiers, meanwhile, made 69 off 39 balls with the help of 12 fours and six. He was the first to fall in the Rashid over.

Both innings were important for RCB but it wouldn't be wrong to say that it was largely Moeen's effort that blew over the clouds of apprehension.

Striking while the iron was hot, Colin de Grandhomme provided a late flourish with a 17-ball 40 as Kohli's men stormed to an intimidating total of 218/6, this season's third highest total after KKR's 245 and DD's 219.