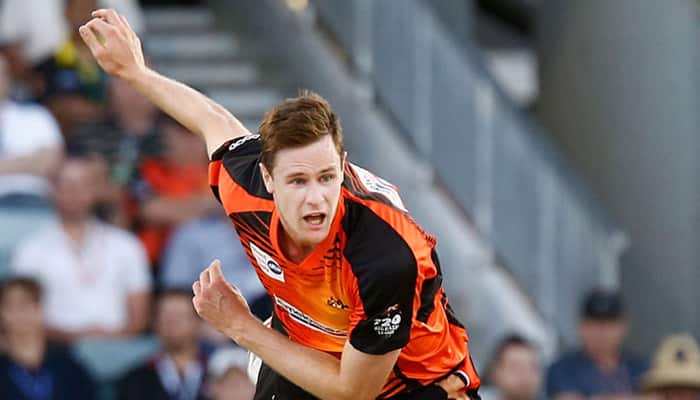 For skipper Steven Smith and opener David Warner will play one match before leaving while Marcus Stoinis will also be heading home to join the camp starting May 2.

Twenty-nine-year-old Behrendorff, who had joined Mumbai Indians after featuring in the ODI series against Pakistan, which the Aussies swept 5-0, took to Twitter to announce that he has left the franchise for now.

"#VIVOIPL was this much fun with @mipaltan. Great 1st #IPL experience with an excellent franchise! Keep playing well boys, looking forward to watching us in the final in a couple of weeks! Until next time," tweeted Behrendorff along with three pictures.

Mumbai Indians also through their official Twitter handle wished the pacer well for the upcoming World Cup which begin May 30 in England.

"Until next time, @JDorff5. All the best for #CWC19 and see you in Mumbai soon. #OneFamily," the Mumbai Indians said in a tweet quoting Behrendorff's tweet.

Mumbai Indians, who lost to Kolkata Knight Riders last night by 34 runs in a high-scoring thriller, take on Sunrisers Hyderabad at the Wankhede Stadium here on May 2.