IPL 2019, Chennai vs Delhi Highlights: As it happened

Team Chennai defeated Delhi by 80 runs in the 50th match of the twelfth edition of the Indian Premier League (IPL) at the MA Chidambaram Stadium, Chennai on Wednesday. 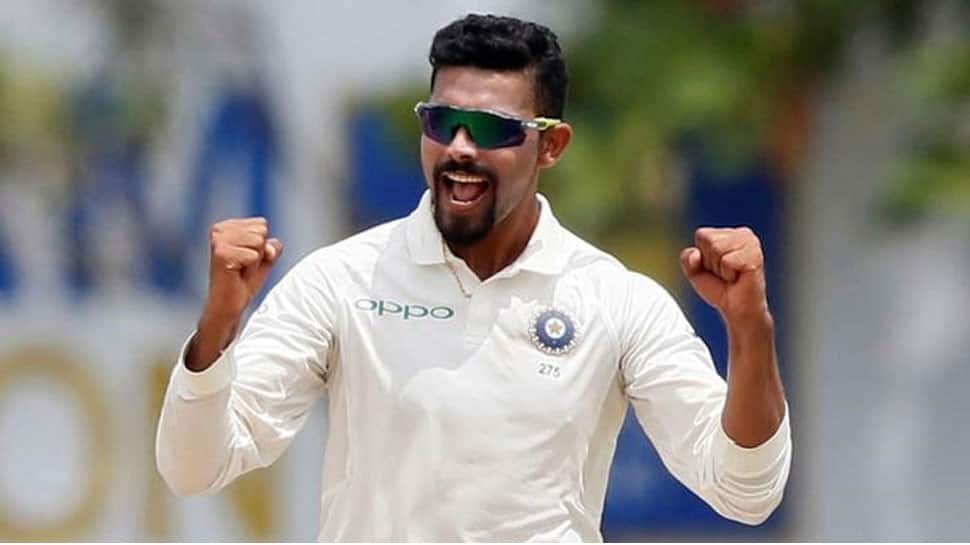 Team Chennai, led by MS Dhoni, defeated Delhi by 80 runs in the 50th match of the twelfth edition of the Indian Premier League (IPL).

# Trent Boult is the new man in!

# Wicket! Jagadeesh Suchith departs for 6 runs off 15 deliveries following a direct hit from Shane Watson which hits the stumps with the batsman out of the crease!

# Dwayne Bravo to bowl his third over!

# Delhi 89/8 (14 overs) as Harbhajan Singh concedes a single off his final over, followed by three runs off Dwayne Bravo's second over.

# Amit Mishra is the new man in!

# Wicket! Shreyas Iyer departs for 44 runs off 30 deliveries as he is stumped by MS Dhoni off the final delivery of the over! Delhi 85/8 (12 overs)

# Jagadeesa Suchith is the new man in!

# Wicket! Chris Morris departs for a duck after being stumped for a duck off the fourth delivery of the innings, with MS Dhoni completing the stumping. Delhi 84/7 (11.4 overs)

# Ravindra Jadeja to bowl his third over!

# Chris Morris is the new man in!

# Wicket! Rutherford departs for 2 runs off 3 deliveries as he goes for a big hit off a turning delivery, edging the ball to Deepak Chahar. Delhi 83/6 (10.6 overs)

# Sherfane Rutherford is the new man in!

# Wicket! Axar Patel departs for 9 runs off 9 deliveries as he attempts to go for a big hit off a wide delivery, edging the ball to Shane Watson at slip. Delhi 81/5 (10.2 overs)

# Imran Tahir to bowl his second over!

# 13 runs off the ninth and tenth overs of the innings bowled by Dwayne Bravo and Ravindra Jadeja. Bravo concedes eight runs off his maiden over following a boundary off the first delivery by Axar Patel with five runs from Axar Patel's second over, Delhi 80/4 (10 overs)

# Axar Patel is the new man in!

# Wicket! Colin Ingram departs for 1 run off four deliveries as he is adjudged lbw with the ball keeping low and going on to hit the pads. Delhi 66/4 (7.4 overs)

# Colin Ingram is the new man in!

# Wicket! Rishabh Pant dismissed for 5 runs off 3 deliveries as he attempts to go for consecutive boundaries following a boundary off the first delivery, handing a catch to Dwayne Bravo. Delhi 63/3 (6.2 overs)

# 10 runs from the over as Shreyas Iyer scores a boundary off the fifth delivery to deep backward point. Delhi 59/2 (6 overs)

# Rishabh Pant is the new man in!

# Wicket! Shikhar Dhawan dismissed for 19 runs off 13 deliveries as he attempts to go for a sweep shot off a slower delivery, with the ball going on to hit the stumps, Delhi 52/2 (5.3 overs)

# Harbhajan Singh to bowl his second over!

# 15 runs from the over as Shreyas Iyer scores a boundary and a six over short third man and over wide mid-off, Delhi 49/1 (5 overs)

# Deepak Chahar to bowl his third over!

# 13 runs from the over, as Dhawan smashes a six and a boundary over long-on and deep extra cover with Delhi 34/1 (4 overs)

# Harbhajan Singh to bowl his second over!

# 13 runs off the second and third overs of the innings bowled by Harbhajan Singh and Deepak Chahar. Harbhajan concedes four runs off the over before Chahar leaks nine runs following a boundary from Shreyas Iyer wide of backward point. Delhi 21/1(3 overs)

# Iyer scores a boundary off the final delivery of the over, wide of fine leg to get off the mark!

# Delhi openers Prithvi Shaw and Shikhar Dhawan are set to begin the chase!

# 21 runs from the final over, as MS Dhoni smashes two consecutive sixes off the final two deliveries of the over and a boundary off the third delivery. Chennai 179/4 (20 overs)

# 18 runs from the over, as Rayadu and Dhoni smash a boundary and six respectively off the remaining three deliveries. Chennai 158/4 (19 overs)

# Wicket! Jadeja departs for 25 runs off 10 deliveries as he mishits a slower delivery from Morris, handing a top edge to the bowler who completes a running catch. Chennai 145/4 (18.3 overs)

# Chris Morris to bowl the 19th over!

# 14 runs off the over, as MS Dhoni and Ravindra Jadeja score a boundary and a six respectively, Chennai 140/3 (18 overs)

# Trent Boult to bowl his third over!

# 40 runs from the 16th and 17th overs of the innings bowled by Axar Patel and Chris Morris. Jadeja smashes a boundary and six off consecutive deliveries from the final two deliveries of Patel's over before Dhoni and Jadeja smash a boundary apiece off Morris. Chennai 126/3 (17 overs)

# Wicket! Suresh Raina departs for 59 runs off 37 deliveries as he goes for another big hit following two consecutive boundaries and a six off the over, as he hands a catch to Shikhar Dhawan at backward point. Chennai 102/3 (14.5 overs)

# Jagadeesha Suchith to bowl his final over!

# Wicket! Faf du Plessis dismissed for 39 runs off 41 deliveries as he goes for a second six straight down the ground following a big hit off the second delivery. Chennai 87/2 (13.3 overs)

# Axar Patel to bowl his second over!

# 12 runs from the over, as Faf du Plessis scores the first six of the innings over extra cover following an off-cutter by Rutherford. Chennai 81/1 (13 overs)

# Shane Rutherford to bowl his second over!

# Suresh Raina is scoring at a strike rate of nearly 144, with 42 runs off 29 deliveries as Chennai reach 69/1 (12 overs). Rutherford is brought into the attack, conceding eight runs from his maiden over before Mishra leaks the same margin of runs following a boundary off the final delivery of the over.

# Faf du Plessis and Suresh Raina stitch a partnership of fifty runs as Chris Morris and Amit Mishra bowl the ninth and tenth overs of the innings. Suresh Raina and Faf du Plessis score a boundary apiece off Morris's over before Mishra concedes just three runs off his over. Chennai 53/1 (10 overs)

# 20 runs off the final two overs of the powerplay as Suresh Raina scores three boundaries following a four from Faf Du Plessis. Morris concedes 10 runs before Axar Patel who is brought into the attack leaks the same number of runs following two consecutive boundaries by Suresh Raina. Chennai 27/1 (6 overs)

# Four runs from the over as Suresh Raina gets off the mark, Chennai 7/1 (4 overs)

# Wicket! Shane Watson dismissed for 0 runs off nine deliveries as the Australian attempts to go for a big hit off a low delivery, handing a catch to Axar Patel at mid-wicket. Chennai 4/1 (3.2 overs)

# Jagdeesh Suchith to bowl his second over!

# Just a single off the over, as Du Plessis is nearly dismissed following a quick throw from Prithvi Shaw. Shane Watson yet to get off the mark from eight deliveries. Chennai 3/0 (3 overs)

# Trent Boult continues with the ball!

# 1 run from the opening over as Faf du Plessis gets off the mark following four consecutive dot deliveries. Watson faces the final delivery and directs the ball behind point,  as Chennai reach 1/0 (1 over)

# Trent Boult to bowl the opening over!

# Chennai openers Shane Watson and Faf du Plessis are set to kick off the innings!

# The umpires have walked down to the field with the clash set to begin in a few minutes!

# Delhi captain Shreyas Iyer has won the toss and opted to field!

# The two captains are set for the toss!

# Chennai have won five out of their six home matches this season!

# Bangalore are out of contention for the playoffs!

# MS Dhoni has scored 314 runs in seven innings for Chennai this season!

# Chennai have lost three of their last four matches!

# Chennai defeated Delhi by six wickets in the first clash at the Feroz Shah Kotla, Delhi!

Their net run-rate slipping into negative after a defeat against Mumbai, defending champions Chennai will be keen to get back to the No. 1 spot when they take on current table-toppers Delhi in an IPL match on Wednesday.

Mahendra Singh Dhoni-less Chennai went down rather tamely to Mumbai in their last game, which saw their net run-rate falling. Now with just two games left in the league stage, Chennai will look to roar back with victories to seal a spot in the top two and get the home comfort in Qualifier 1.

Getting dropped from Indian team after 2-3 matches has led to dip in form: Umesh Yadav