IPL 2019, Punjab vs Kolkata Highlights: As it happened

Team Kolkata defeated Punjab by seven wickets in the 52nd match of the twelfth edition of the Indian Premier League (IPL) at the IS Bindra Stadium, Mohali on Friday. 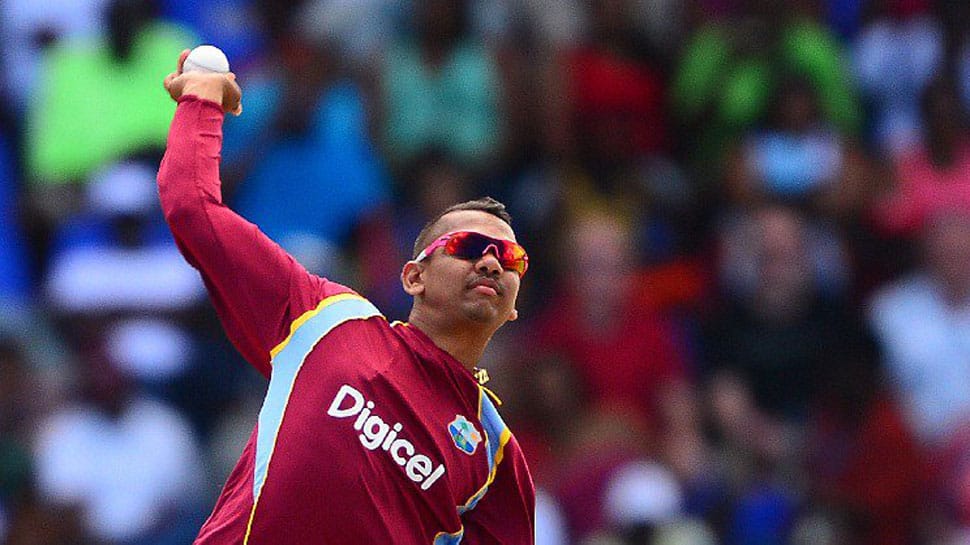 Team Kolkata, led by Dinesh Karthik emerged victorious by a margin of seven wickets against Punjab in the 52nd match of the twelfth edition of the Indian Premier League (IPL).

# 19 runs from the over, as Dinesh Karthik scores two boundaries and a six to help Kolkata chase down the total of 184 runs!

# Sam Curran to bowl his final over!

# Nine runs off the over, as Shubman Gill directs the ball towards deep mid-wicket for a boundary. Kolkata 166/3 (17 overs)

# Andrew Tye to bowl his third over!

# Sam Curran to bowl his third over!

# Wicket! Andre Russell departs for 24 runs from 14 deliveries as he top-edges the ball to Andrew Tye off a short delivery. Kolkata 150/3 (14.5 overs)

# Mohammed Shami to bowl his third over!

# 17 runs from the over, as Andre Russell smashes two sixes off the third and final delivery of the innings to help Kolkata reach 145/2 (14 overs)

# Andrew Tye to bowl his second over!

# Kolkata score 26 runs from the 12th and 13th overs of the innings bowled by Sam Curran and Ravichandran Ashwin. Russell scores his first boundary of the innings as Kolkata score eight runs off Curran's over. Ashwin concedes 18 runs from his over as Shubman Gill hits two sixes and a boundary off the over, to complete his second consecutive half-century. Kolkata 128/2 (13 overs)

# Wicket! Robin Uthappa departs for 22 runs off 14 deliveries as he attempts to go for a big hit straight down the ground off a carrom ball, handing a catch to Mayank Agarwal. Kolkata 100/2 (10.3 overs)

# Ravichandran Ashwin to bowl his third over!

# 8 runs from the over, as Shubman Gill directs the slower delivery for a boundary. Kolkata 98/1 (10 overs)

# Sam Curran into the attack!

# Murugan Ashwin to bowl his second over!

# Wicket! Chris Lynn departs for 46 runs off 21 deliveries off the final delivery of the over having smashed a boundary and a six off the previous deliveries, as he top-edges the ball with Tye completing the catch. Kolkata 62/1 (5.6 overs)

# Andrew Tye into the attack!

# 27 runs from the fourth and fifth overs of the innings bowled by Arshdeep Singh who concedes 15 runs off his second over followed by 12 runs off Ravichandran Ashwin's maiden over. Kolkata 47/0 (5 overs)

# Kolkata 20/0 (3 overs) with 17 runs off the second and third overs of the innings bowled by Arshdeep Singh and Mohammed Shami who bowls his second over. 10 runs from Singh's maiden over as Lynn hits the ball over deep mid-wicket for a six. 7 runs from Shami's second over, following a boundary by Shubman Gill.

# Three runs from the first over as Mohammed Shami generates movement and seam off the pitch on a difficult track, Kolkata 3/0 (1 over)

# Mohammed Shami to bowl the opening over!

# Kolkata openers Shubman Gill and Chris Lynn are set to kick off the chase!

# 22 runs from the final over, as Sam Curran smashes three consecutive boundaries and a six off the over, as Punjab finish on 183/6 (20 overs)

# Harry Gurney to bowl the final over of the innings!

# 10 runs from the over, as Sam Curran scores two consecutive boundaries to help Punjab reach 161/6 (19 overs)

# Andrew Tye is the new man in!

# Wicket! Ravichandran Ashwin dismissed for 0 runs off three deliveries as he attempts to go for a big hit off a slower delivery, edging the ball on to the stumps. Punjab 151/6 (18.1 overs)

# Andre Russell to bowl his third over!

# Ravichandran Ashwin is the new man in!

# Wicket! Mandeep Singh departs for 25 runs off 17 deliveries as he fails to negotiate a slower delivery from Gurney, resulting in an edge to Robin Uthappa. Punjab 149/5 (17.3 overs)

# Harry Gurney to bowl his third over!

# 15 runs from the over, as Sam Curran scores a six and a boundary respectively over deep mid-wicket and wide of long-on. Punjab 147/4 (17 overs)

# 17 runs from the 15th and 16th overs of the innings bowled by Piyush Chawla and Andre Russell. Chawla completes his four-over spell with 10 runs off his over as Mandeep Singh hits a six straight down the ground. Russell concedes seven runs off his second over, as Punjab reach 132/4 (16 overs)

# Sam Curran is the new man in!

# Wicket! Mayank Agarwal dismissed for 36 runs off 26 deliveries as he is dismissed following a run-out as Rinku Singh throws the ball in swiftly from the deep, with Narine completing the run-out! Punjab 111/4 (13.3 overs)

# 17 runs from the 12th and 13th overs of the innings bowled by Piyush Chawla who bowls his third over and Warrier who bowl his fourth over. Chawla concedes eight runs as Punjab cross the 100-run mark followed by a 9-run over from Warrier, as Mandeep directs the ball between the keeper and short third. Punjab 109/3 (13 overs)

# Wicket! Nicholas Pooran departs for 48 runs off 27 deliveries as he attempts to go for a pull shot off a short and slow delivery, with Sandeep Warrier completing the catch. Punjab 91/3 (10.5 overs)

# Nitish Rana into the attack!

# Punjab 84/2 (10 overs) with 11 runs off Chawla's second over following a boundary and a six by Pooran and Agarwal respectively.

# Punjab 73/2 (9 overs), with 14 runs from Piyush Chawla's opening over as Pooran smashes a boundary and a six behind point and over long-off. Narine concedes just five runs from his second over, bringing up the 50-run stand between Nicholas Pooran and Mayank Agarwal.

# 26 runs from the sixth and seventh overs of the innings bowled by Harry Gurney and Andre Russell. Pooran scores the first six of the innings over cow corner off the fifth delivery of Gurney's over. He further backs it up with a boundary and a six respectively into long-off and into the slips off Russell to make it 13 runs from the over. Punjab 54/2 (7 overs)

# Six runs from the over as Pooran smashes the fifth delivery towards cow corner for a boundary. 2 runs from the final delivery as Punjab reach 28/2 (5 overs)

# Wicket! Gayle departs for 14 runs off 14 deliveries as he flicks a slower delivery to Shubman Gill who completes the catch without much ado. Punjab 22/2 (4.1 overs)

# Warrier to bowl his third over!

# Agarwal scores a boundary off his first delivery making it six runs from the over, Punjab 19/1 (3 overs)

# Wicket! KL Rahul departs for 2 runs off 7 deliveries as he fails to negotiate a knuckleball by the batsman, with Chris Lynn completing the miscued catch. Punjab 13/1 (2.3 overs)

# Sandeep Warrier to bowl his second over!

# 3 runs from the second over of the innings as Gurney mixes up his deliveries with variations in line and length making it difficult for the batsmen to score, Punjab 13/0 (2 overs)

# 10 runs from the opening over as Chris Gayle directs the final two deliveries of the over for two consecutive boundaries through point and between extra cover, long-off! Punjab 10/0 (1 over)

# Sandeep Warrier to bowl the opening over!

# The two umpires have walked down to the field with Punjab openers Chris Gayle and KL Rahul set to kick off the innings as well!

# Russell is set to make his 300th T20 appearance tonight against Punjab!

# Andre Russell has been the leading wicket-taker and run-scorer for Kolkata this season!

# Punjab have won four of their five home matches this season!

# Kolkata have won two of their five away matches this season!

# Kolkata are set to field an unchanged side from the win against Mumbai while Punjab have opted to make three changes!

# Kolkata skipper Dinesh Karthik has won the toss and opted to field!

# Hyderabad, Punjab, Kolkata and Rajasthan are battling it out for the final spot!

# Chennai, Delhi and Mumbai have qualified for the playoffs!

Staring at elimination, two-time champions Kolkata and Punjab will lock horns in a battle of survival in Friday's Indian Premier League (IPL) match.

The two teams are languishing at the bottom half of the table and need to win to keep alive their remote playoff chances.

Both Kolkata and Punjab have 10 points from 12 matches but the Kolkata outfit is placed a rung above Punjab at sixth in the eight-team competition by virtue of a better net run-rate.

Both Kolkata and Punjab had a decent outing in the first half of the tournament before losing the plot in the all-important second phase.