IPL 2019, Punjab vs Rajasthan Highlights: As it happened

Inconsistent Punjab will look to return to the winnings ways when they take on Rajasthan in their Indian Premier League (IPL) clash in Mohali on Thursday. 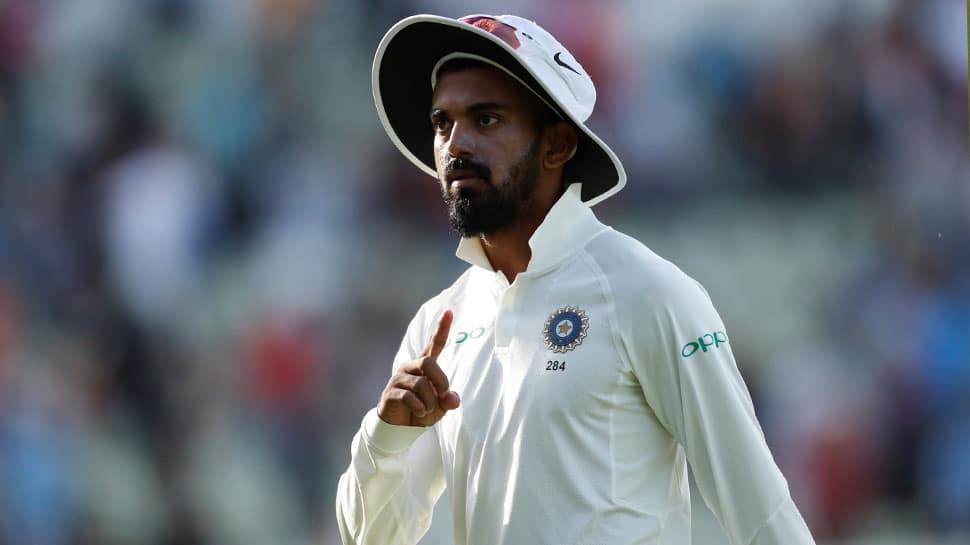 Opener KL Rahul (52) and David Miller (40) shone with the bat before bowlers came to the fore to help Punjab defend a huge target of 183 runs against Rajasthan and seal a 12-run win in their Indian Premier League (IPL) clash at the Punjab Cricket Association (PCA) Stadium in Mohali on Thursday.

# Wicket! Mohammed Shami strikes for Punjab. Archer smashed a short ball outside off towards long-on, only to see KL Rahul come in off the boundary and take a catch. Rajasthan now need 50 off 17 balls. Rajasthan 146/5 (18 overs)

# Skipper Ajinkya Rahane is the new batsman in!

# Wicket! Murugan Ashwin bowled a slow delivery, tossed up leg break, propelling Turner to hit it towards long-off for Miller to take a simple catch. Turner departed for a duck on IPL debut. Rajasthan 133/4 (17 overs)

# Ashton Turner is the new batsman in!

# Wicket! Soon after notching up a half-century, Tripathi (50) was caught by Mayang Agarwal at long-off off the final delivery of the 16th over from Punjab. Rajasthan 127/3 (16 overs)

# Wicket! Soon after Tripathi (38) and Samson (27) brought up a 50-run stand, Ravichandran Ashwin bowled out the latter off the fourth delivery of the 12th over. Rajasthan require 85 runs from 48 balls. Rajasthan 98/2 (12 overs)

# Skipper Ravichandran Ashwin came into the attack and he conceded 10 runs to Rajasthan. Tripathi (31) continues to stand strong at the crease and is looking for good support from Samson (11) after losing Buttler early. The visitors now need 110 runs off 12 overs. Rajasthan 73/1 (8 overs)

# Murugan Ashwin called into the attack!

# Wicket! Arshdeep Singh gave a much-needed breakthrough to Punjab by removing Buttler for 23. The English batsman got a leading edge off the first delivery of the fifth over and the ball went straight to Pooran behind the wicket. Rajasthan 51/1 (5 overs)

# 15 runs off the first two overs, including a six. Tripathi got off the mark by steering a length ball towards square third man for a single, while Buttler too opened his account with one run by hitting the fourth delivery to mid-off. Rajasthan 15/0 (2 overs)

# Jos Buttler and  Rahul Tripathi have walked down the crease to begin the chase for Rajasthan. Arshdeep Singh opens the attack for Punjab.

# Wicket! Archer struck twice to remove Nicholas Pooran (5) and Mandeep Singh (0). While Pooran was caught by Rahane at cover off the third delivery, Mandeep was bowled out by Archer in the final delivery of the 18th over. Punjab 164/5 (19 overs)

# Wicket! Soon after reaching his half-century, Rahul was caught by Archer at point off the first delivery of the 18th over from Unadkat. Punjab 161/3 (18 overs)

# Rahul has brought up an IPL fifty off just 45 balls. He achieved the feat by driving the third delivery of the 17th over from Archer between cover and mid-off for a boundary. He along with Miller (34) has also guided Punjab past 150-run mark. Punjab 152/2 (17 overs)

# Runs are flowing in at a good pace for Punjab as they added 39 runs in the last two overs, including four sixes and a four. Rahul (45) and Miller (30) continue to stand strong at the crease as they brought up a half-century stand for the fourth wicket. Punjab 136/2 (15 overs)

# 16 runs off the last two overs for Punjab. KL Rahul (25) has somewhat settled at the middle and is expecting support from Miller (12) at the other end as Punjab is approaching towards the 100-run mark. Punjab 97/2 (13 overs)

# Wicket! Agarwal (26) went for a slog sweep off the fourth delivery of the ninth over from Ish Sodhi but ended up getting elevation than distance as Archer took a brilliant catch at long-on. Punjab 68/2 (9 overs)

# Wicket!  Jofra Archer strikes for Rajasthan. Gayle (30) got a thin edge off the fourth delivery of the fifth over and the ball went straight into Sanju Samson's hand behind the wicket. Punjab 39/1 (6 overs)

# 17 runs off the last two overs, including two six and a boundary. Jaydev Unadkat was introduced into the attack and he was smashed by Gayle for two back-to-back sixes. The Caribbean star slammed the fourth delivery of the second over towards deep squad for the first maximum of the match before hitting the next ball over long-on for another six. Punjab 19/0 (3 overs)

# A good tight over from Kulkarni, conceding just two runs to Punjab. While Gayle got off the mark by flicking the second delivery towards mid-on for one run, Rahul opened his account by steering a pitched up delivery to deep third man for one run. Punjab 2/0 (1 over)

# KL Rahul and Chris Gayle have walked down the crease to begin Punjab's innings. Dhawal Kulkarni to open the attack for Rajasthan.

# Rajasthan win the toss and opt to bowl first against Punjab!

Ravichandran Ashwin-led side will look to brush aside their recent bowling struggles and get back to the winnings ways when they lock horns with Rajasthan in an Indian Premier League (IPL) clash at the Punjab Cricket Association (PCA) Stadium in Mohali on Thursday.

Punjab kicked off their campaign on a promising note, registering four wins from six matches. However, two back-to-back defeat at the hands of Mumbai and Bangalore respectively saw Punjab slump to the fifth spot in the IPL standings.

While Punjab bowlers failed to defend a huge 197-run target against Mumbai following Kieron Pollard's blistering knock of 31-ball 83, they also allowed Bangalore chased down the target of 173 runs with four balls to spare in their last clash.

Rajasthan, meanwhile, will head into the clash with a four-wicket win over Mumbai at the Wankhede Stadium.

However, Ajinkya Rahane-led side is currently standing at the seventh spot with just two victories from seven matches they have played so far.

Rajasthan's only other victory in the 2019 IPL came against Bangalore when they chased down a target of 159 runs with a ball to spare to seal a seven-wicket win.

As far as squads are concerned, Punjab have suffered a blow heading into the clash as spinner Varun Chakravarthy has been sidelined from the IPL due to a finger injury.

Meanwhile, it is yet to be seen that whether England all-rounder Ben Stokes-- who missed Punjab's last match due to an injury-- will make a return or not.