The win meant RCB ended what has been a forgettable season on a positive note, while SRH's hopes of securing a playoffs berth were kept on standby. 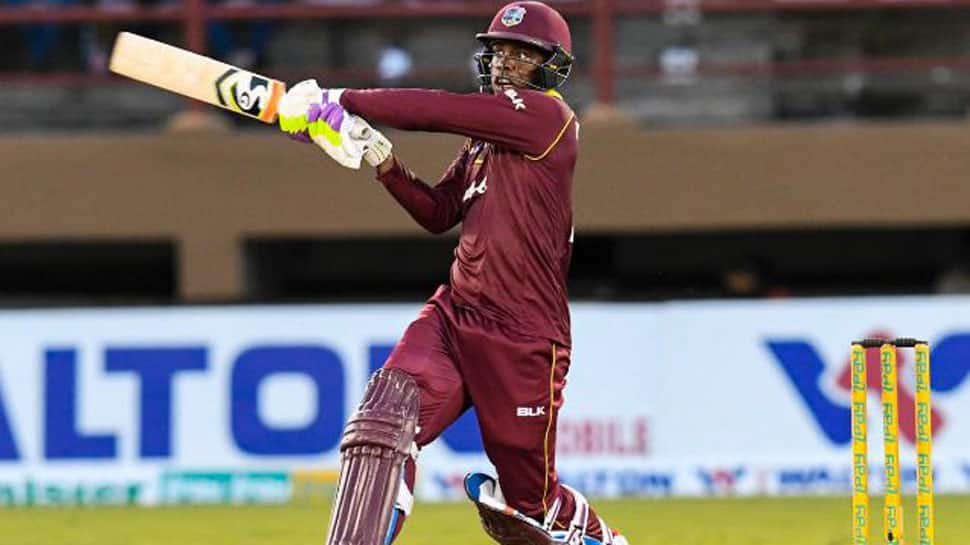 Shimron Hetmyer and Gurkeerat Singh Mann engineered an incredible turnaround that will linger long in IPL memory, powering Royal Challengers Bangalore to a four-wicket victory over Sunrisers Hyderabad on Saturday.

Both Hetmyer and Gurkeerat hit blazing fifties as RCB recovered from a hopelessly placed 20 for three in the third over to reach the 176-run target with four balls to spare.

The win meant RCB ended what has been a forgettable season on a positive note, while SRH's hopes of securing a playoffs berth were kept on standby.

During their 144-run partnership for the fourth wicket, Hetmyer smashed half a dozen sixes and four boundaries for his 47-ball 75, while Gurkeerat made 65 in 48 deliveries with the help of eight fours and one maximum.

This was the first time that RCB had a hundred-plus partnership since 2013 when Kohli and De Villiers were not involved.

After Parthiv Patel was dismissed early by Bhuvneshwar Kumar, Virat Kohli made his presence felt with two delightful strokes -- a straight-driven boundary and a flicked six -- but the mainstay nicked a length ball to stun the home crowd.

More trouble was in store for RCB as they lost AB de Villiers, who snicked Bhuvneshwar to the first slip where Martin Guptill took a neat catch.

RCB were tottering at 20 for three in the third over but Shimron Hetmyer and Gurkeerat Singh Mann had other ideas.

It rained sixes and fours as the duo of Hetmyer and Gurkeerat blunted the opposition attack with their exemplary batting, bringing the smiles back on the face of skipper Kohli and the faces of their players.

Gurkeerat was content to play second fiddle to Hetmyer initially when the Guyanese was dealing in fours and sixes but opened up later.

Earlier, Kane Williamson dealt in fours and sixes as Sunrisers Hyderabad plundered 28 runs in the final over to reach a challenging 175 for seven.

SRH were 147 for seven at the end of the 19th over but Williamson cut loose after that, smashing Umesh Yadav for two sixes and as many fours to finish the innings on a high.

Williamson remained not out on 70 off 43 balls, hitting four sixes and five fours at the M Chinnaswamy Stadium.

To make matters worse for Yadav, he was wrongly called for a no-ball by umpire Nigel Llong.

Sent into bat, SRH were off to a brisk start with Martin Guptill and Wriddhiman Saha (20) putting on 46 runs for the opening wicket in 4.3 overs, but the keeper-batsman failed to clear pacer Navdeep Saini as the visitors lost their first wicket.

After the addition of another 14 runs to the team total, SRH lost their second wicket when Guptill was dismissed by Washington Sundar for a 23-ball 30.

Manish Pandey, who stretched Mumbai Indians with his brave half-century in their last game, fell cheaply, for nine, leaving the visitors in some trouble at 61 for three in the eighth over.

Picked in the World Cup-bound Indian team for his 'three-dimensional' abilities, Vijay Shankar raced to 27 with the help of three sixes but again failed to translate the start into a big score.

Shankar was Sundar's third scalp of the evening and Yuzvendra Chahal picked up his 100th wicket in the IPL when he lured Yusuf Pathan into playing an irresponsible shot to leave Sunrisers at 127 for five in the final ball of 16th over.

Even as wickets fell at regular intervals, Williamson looked to rotate the strike and also go for the big hits.

Barring the opening stand, the only partnership that flourished a bit was the one between Williamson and Shankar, who ended up giving a catch while going for a slog sweep.

Williamson brought up his fifty in style, hoicking Yadav over long off for a six and followed that with some more lusty hits.