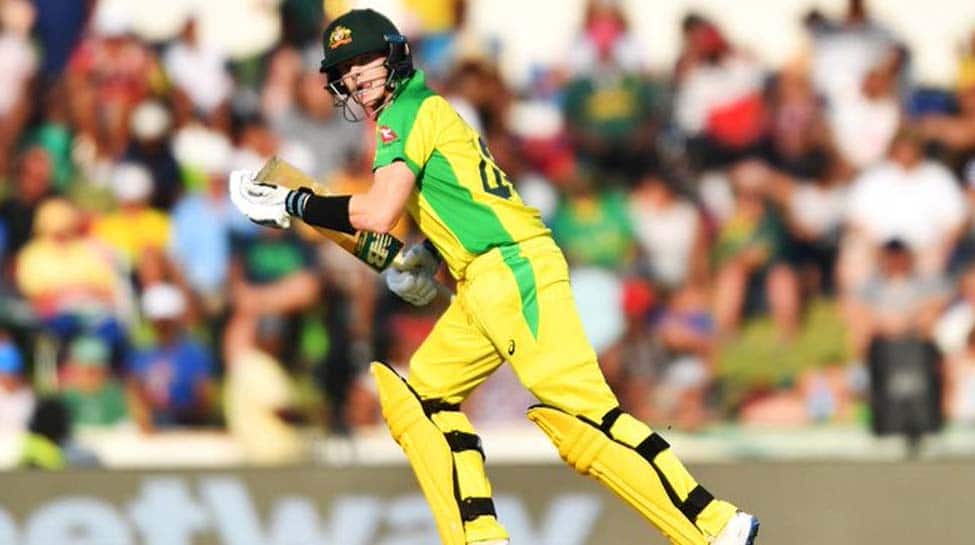 The Indian Premier League (IPL) has become a platform for players across the world to display new additions to their bowling and batting skills.

And now it seems that Steve Smith, the skipper of Rajasthan Royals, is looking to add some inventive shots to his repertoire.

What is interesting is that Smith managed to play the shot exactly like Dhoni.

The Helicopter shot, made famous by Dhoni, was used by him to dispatch even well-executed yorkers for sixes. Rajasthan Royals defeated Chennai Super Kings (CSK) by 16 runs in their first match of the tournament.

Sanju Samson was awarded 'Man of the Match' for his knock of 74 runs from 32 balls which helped Rajasthan Royals reach 216/7 in the allotted twenty overs.

During the course of his innings, Samson smashed nine sixes and one four.Skipper Steve Smith made 69 runs.

The game-changing moment came in the final over of Rajasthan`s innings with Jofra Archer smashing CSK`s Lungi Ngidi for 30 runs.

The spinner ended up with the figures of 3-37 from his four overs. For CSK, Faf du Plessis top-scored with 72 from 37 balls.

The MS Dhoni-led side posted 200 in the end but lost the match by 16 runs.