Taking to Instagram on Monday (July 26), Farah Khan shared a photo with MS Dhoni and the Bollywood celebrity also praised the humble nature of the former Team India skipper. 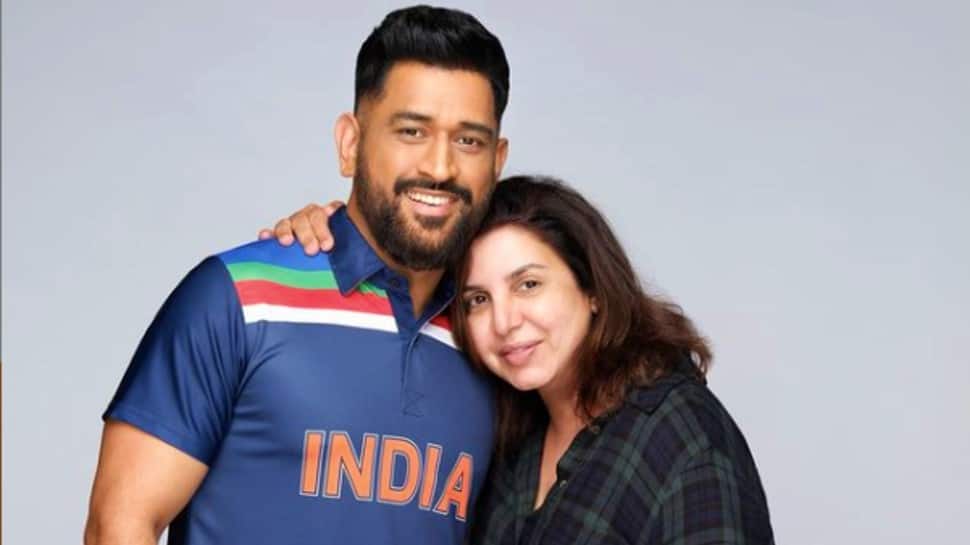 With the Indian Premier League (IPL) suspended and will only resume in September, Chennai Super Kings (CSK) skipper MS Dhoni has got back in action – but off the cricket field. After enjoying a relaxing holiday in Himachal Pradesh with friends and family, MSD has resumed work. The ‘Thala’ of CSK will surely begin preparations again as the tournament has been shifted to UAE and his side faced their worst performance there in the 2020 edition.

While MSD will be keeping an eye on winning the IPL 2021, he has for now kept himself busy with ad shoots and even a game of football over the weekend.

Taking to Instagram on Monday (July 26), Farah shared a photo with Dhoni and the Bollywood celebrity also praised the humble nature of the former Team India skipper. Farah revealed that she directed Dhoni for an ad on Monday. Farah credited celebrated photographer Daboo Ratnani in her post on Instagram for taking her memorable photo with Dhoni.

“Directed @mahi7781 for an ad today.. What an amazing guy.. so punctual, so down to earth, took pics with everyone frm clients to spotboys with a smile..im a fan now pic credit: @dabbooratnani #nonakhrastar,” Farah captioned her post.

For the ad shoot, the two-time World Cup-winning captain of the Men In Blue was spotted donning Team India's retro jersey. Bollywood actor Ranveer also commented on the post shared by Farah. “He is the best,” Ranveer commented.

Dhoni and Ranveer had turned up over the weekend in Mumbai for a game of friendly football for charity. On Sunday (July 25), Ranveer was seen enjoying a game of football with MS Dhoni. Both Ranveer and Dhoni have been an integral part of the All-Stars Football Club.

Dhoni was seen joined Delhi Capitals’ (DC) Shreyas Iyer for the All-Star football Match. Iyer, who has just come out of injury, was seen unstoppable at the pitch according to Bollywood actor Ranveer Singh, who to pull him to stop him.