In the second over of the game, Ashwin’s delivery hit MI skipper Rohit Sharma’s pad which prompted the spinner to appeal for LBW as he was confident that ball was going to hit the wickets. 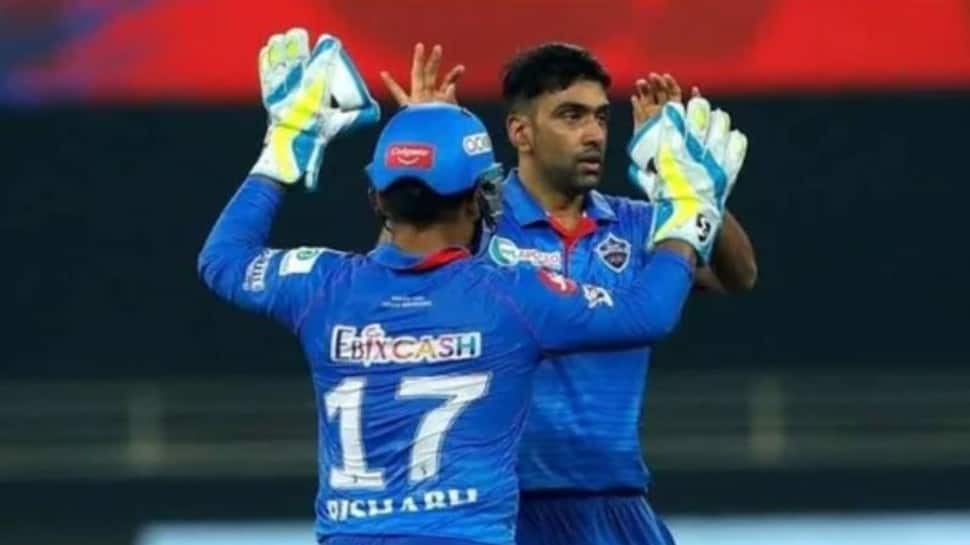 In the 13th match of IPL 2021 between Delhi Capitals (DC) and Mumbai Indians (MI), DC skipper Rishabh Pant shut down Ravichandran Ashwin’s request to take the review and the incident left netizens surprised.

In the second over of the game, Ashwin’s delivery hit MI skipper Rohit Sharma’s pad which prompted the spinner to appeal for LBW as he was confident that ball was going to hit the wickets.

However, Pant felt that the ball was drifting down the leg and would have missed the stump, hence, he convinced Ashwin against the review which was shocking considering that in India’s home series against England, despite so many attempts, skipper Virat Kohli failed to deny off-spinner Ravichandran Ashwin from taking reviews.

Notably, Pant’s decision was spot on as the replayed showed that the ball would have missed the leg stumps.

Here’s how netizens reacted to the incident:

What Ashwin didn’t get a review? Pant is harder to convince than Kohli.

What did I just see, Ashwin not interested in taking a review??? Rare scenes #IPL #DCvMI

Mishra, who is playing his second game of this season, removed skipper Rohit Sharma and Hardik Pandya, both caught in the deep as well as Ishan Kishan, who was bowled and Kieron Pollard, who was out leg-before wicket.

MI, who lost Quinton de Kock early to Marcus Stoinis, were looking good at one stage as Sharma and Suryakumar Yadav added 58 for the second wicket. However, Yadav's dismissal off the bowling of Avesh Khan triggered a collapse.

Mishra then got into the act as MI lost four wickets, including three to Mishra, while adding just eight runs. Both Sharma and Hardik fell in the space of three balls.

The wickets pegged MI back as they tried to stage some recovery with Kishan and Jayant Yadav. However, Mishra removed Kishan, yorking him with leg-spinner, and soon Jayant was caught and bowled by Kagiso Rabada.

While Mishra took four wickets, pace bowler Avesh took two for 15 in two overs while Rabada and Lalit Yadav picked a wicket each.