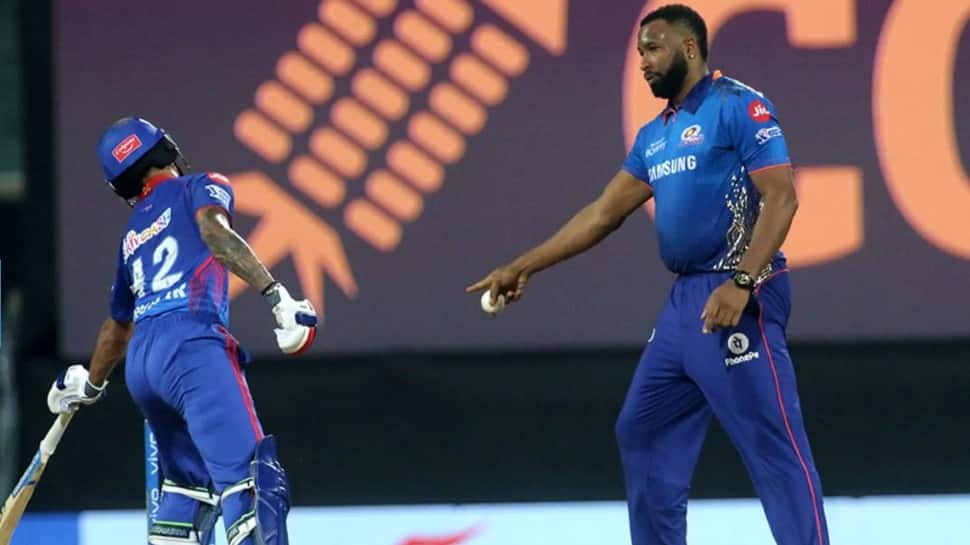 Ravichandran Ashwin’s ‘mankaded’ dismissal of Jos Buttler back in 2019 raised a huge storn in the Indian Premier League (IPL), raising questions over his ‘gentleman’ behaviour. Ashwin was the captain of Kings XI Punjab (now Punjab Kings) back then before moving to Delhi Capitals. Ashwin’s new franchise DC was almost the receiving end of the ‘mankaded’ dismissal in their IPL 2021 clash against defending champions Mumbai Indians.

Since footage emerged of Dwayne Bravo backing up too far in Chennai Super King’s match against Rajasthan Royals on Monday in Mumbai, debate over ‘mankaded’ has raised again. On Tuesday (April 20), Mumbai Indians allrounder Kieron Pollard gave Delhi Capitals opener Shikhar Dhawan a warning for backing up early before releasing the ball.

In the second ball of the 10th over, Pollard stopped in his run up without releasing the ball and pointed to Dhawan to stay in the crease. Prior to that, Krunal Pandya too had stopped twice in his run up with Dhawan at the non-striker’s end.

Prasad, who played 33 Tests and 161 ODIs for India, questioned the double-standards and asked ICC how targeting a bowler who as per the rules runs out a batsman, who is trying to gain undue advantage, was fair.

Calling it against the spirit of the game is a joke @ICC .#CSKvRR pic.twitter.com/vIHqbe6fWU

Earlier, DC leg-spinner Amit Mishra took four for 24 to help restrict MI to 137/9 in 20 overs on Tuesday night at the M.A. Chidambaram Stadium in Chennai. Mishra, who is playing his second game of this season, removed skipper Rohit Sharma and Hardik Pandya, both caught in the deep as well as Ishan Kishan, who was bowled and Kieron Pollard, who was out leg-before wicket.