On Wednesday (March 31), Mumbai Indians took to social media to share an adorable video of Rohit Sharma’s daughter Samaira mimicing her dad’s pull-shot and cheering for the defending IPL champions. 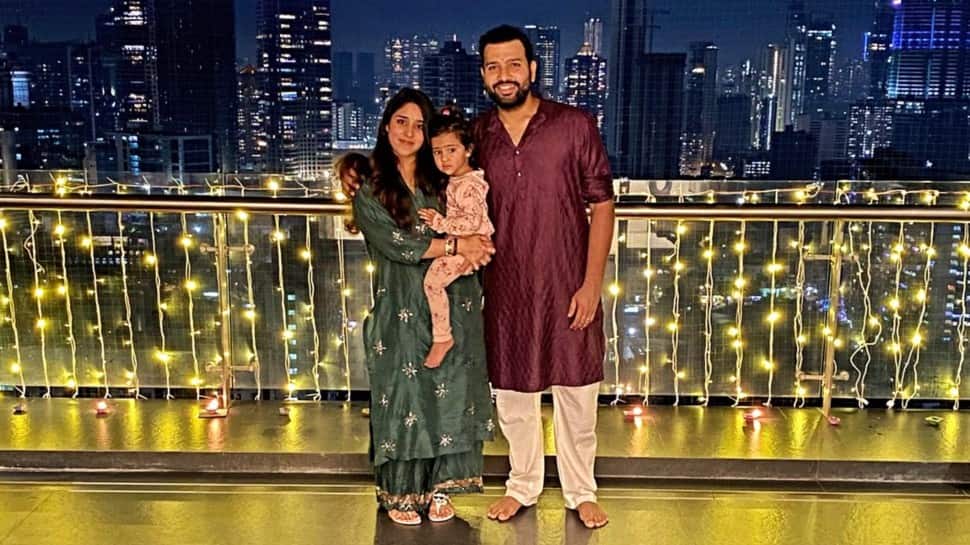 Defending champions Mumbai Indians skipper Rohit Sharma has entered the team’s bio-bubble in Mumbai on Monday (March 29) after completing his commitments with the Indian national team in Pune. Rohit has entered the bio-bubble with his wife Ritika Sajdeh and daughter Samaira.

On Wednesday (March 31), Mumbai Indians took to social media to share an adorable video of Rohit’s daughter Samaira mimicing her dad’s pull-shot and cheering for the defending IPL champions. In the video, Samaira can be seen wearing a helmet and then playing a mini pull-shot when Ritika asks her how dad hits a six.

Rohit didn’t get a big score under his belt in the ODIs but helped India get off to a good start by seeing off the new ball. While Rohit failed to score big in the limited-overs format, he was India's top-scorer in the Test series against England.

In the 2020 edition, Rohit managed 332 runs from 12 matches but led his franchise brilliantly to a record fifth IPL title. Rohit smashed a century and a half-century in testing conditions against a potent England bowling attack.

Last season, Rohit missed out a few games due to an injury but he clicked when it mattered the most – the final. Rohit’s half-century (68 off 51) helped Mumbai Indians win their record-extending fifth IPL title.