Kumble, who is India's highest wicket-taker in Test cricket, will be replacing Mike Hesson who in August parted ways with the Punjab-based franchise after one season at helm with them. 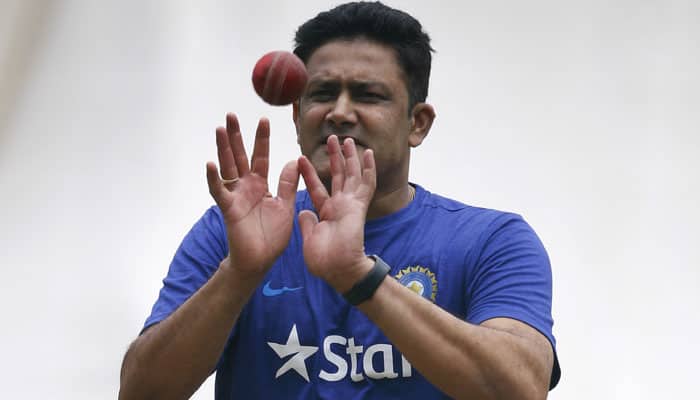 New Delhi: Former Indian skipper Anil Kumble has been appointed as the head coach of Kings XI Punjab for the upcoming season of the Indian Premier League (IPL).

According to a report in ESPNcricinfo, Kumble will also be put in charge of "all cricket-related affairs" of the team for the foreseeable future. With the signing, Kumble becomes the only Indian coach in the IPL.

The report further stated that Kumble would make a presentation to the team management on his plans for the road ahead on October 19.

Kumble, who is India's highest wicket-taker in Test cricket, will be replacing Mike Hesson who in August parted ways with the Punjab-based franchise after one season at helm with them.

Even though Hesson had signed a two-year contract, the 44-year-old left the role midway with the Punjab-based franchise, who finished sixth in this year's edition.

Kings XI will be the third IPL team Kumble will be involved with. He started out as a player - and later captain - with Royal Challengers Bangalore (RCB) in 2008. He was then appointed as a mentor by the same team, before joining Mumbai Indians in a similar role in 2013.

In June 2016, he was appointed as the head coach of the Indian men's team by BCCI for a period of one year but resigned due to "untenable" differences with captain Virat Kohli.