Anderson will now hope to make a return during the four-match Test series against South Africa, beginning on Boxing Day in Centurion. 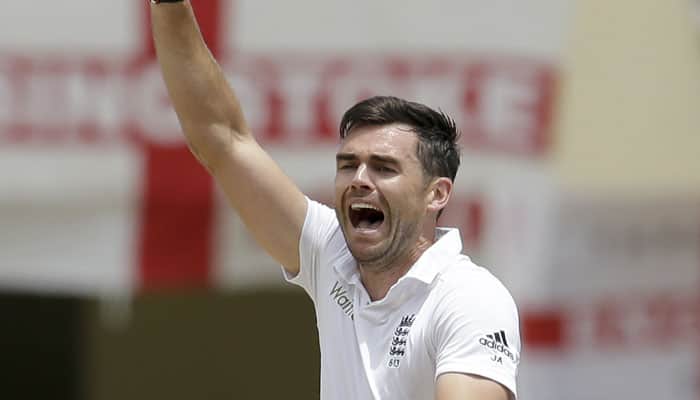 England pacer James Anderson is all set to train at the Etihad Stadium--Manchester City's home ground--in order to recover fully from a calf injury which forced him to miss majority of the last month's Ashes series.

The 37-year-old initially suffered the injury while playing for English county Lancashire in July before he aggrevated the injury during the first Ashes Test against Australia and was forced to leave the field after bowling just four overs.

Subsequently, Anderson was not just ruled out of the rest of the Ashes series but was also dropped from the 15-member national squad for the two-match Test series against New Zealand, beginning November 21.

An England and Wales Cricket Board (ECB) spokesperson now informed that the fast bowler will have an access to all the world-class facilities at the Etihad Stadium and that he will be monitored by England's head of strength and conditioning Rob Ahmun.

"[Anderson] will be hoping to use the world-class facilities at the Etihad Campus with the England Cricket sports science team over the next two months, leading into the South Africa tour, which starts in December," the International Cricket Council (ICC) quoted the ECB spokesman as saying.

Anderson will now hope to make a return during the four-match Test series against South Africa, beginning on Boxing Day in Centurion.