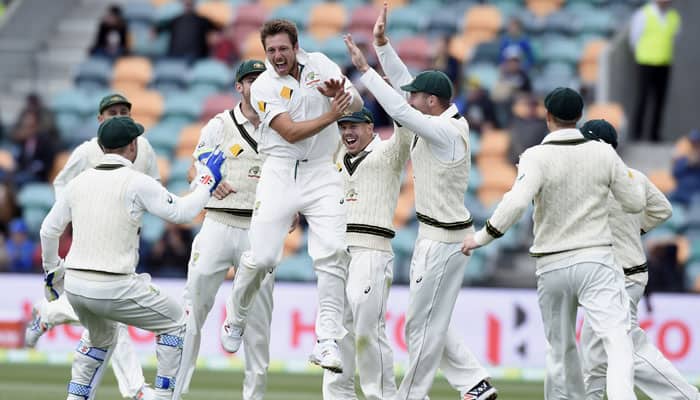 Fast bowlers James Pattinson and Peter Siddle have been recalled in the 17-member Australian Test squad for the five-match Ashes series against England, beginning August 1 at Edgbaston Cricket Ground in Birmingham.

Pattinson, who made his last appearance in the longest format of the game in February 2016 during his side's tour of New Zealand, seemed to have got the recall after producing impressive figures of three for 19 during the third innings of Australia's four-day intra-squad warm-up game in Southampton.

It is to be noted that Pattinson's last appearance in the Ashes series came when Australia visited England in 2013. The fast bowler had finished his campaign with seven wickets from two matches.

Peter Siddle, on the other hand, pushed his case for selection after impressing the Trevor Hohns-led selection panel with his decent performances for Essex in the County Championship.

As a result, Pattinson and Siddle will now join the regular trio of Mitchell Starc, Pat Cummins and Josh Hazlewood.

Besides the duo, uncapped pacer Michael Neser has also received a maiden call-up in the national Test squad for the upcoming series against the Tim Paine-led England.

All-rounder Cameron Bancroft--who was one of the three tainted cricketers, the other being experienced Steve Smith and David Warner, who were involved in the massive ball-tampering scandal that took place in South Africa in March last year--is all set to make his Test return after being recalled in the national squad.

Bancroft smashed a blistering unbeaten knock of 93 to help the Graeme Hick XII seal a five-wicket win over Brad Haddin XII in a low-scoring warm-up game.

Meanwhile, Marcus Harris and Travis Head have also been named in the Australian Test squad. Notably, Harris had appeared in each of Australia' six Tests last summer besides also finishing as leading run-scorer in the Sheffield Shield with a total of 1,188 runs.

Australia won their last Ashes series 18 years ago in England when the Steve Waugh-led team defeated the hosts by a margin of 4-1.

The full Australia Test squad is as follows: