Australia are currently leading the three-match series 1-0 lead following their massive 296-run win in the opening Test in Perth. 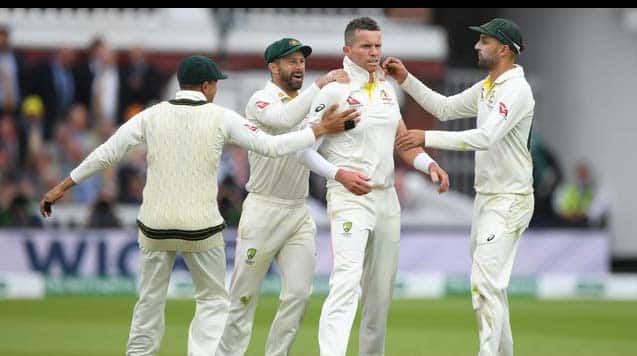 Australian fast bowler James Pattinson is all set to play the second Test of the three-match series against New Zealand, beginning on Boxing Day (December 26) at the Melbourne Cricket Ground (MCG).

However, Langer now confirmed that he is eagerly looking forward to see Pattinson perform well at his home ground during the Boxing Day Test.

“I am really looking forward to seeing Patto bowl and bowl well in this Boxing Day Test, which is his home ground as well,” the Guardian quoted Langer as saying.

The Australian coach further heaped praises on Pattinson, saying that the pacer is extremely hungry to perform well just like Mitchell Starc.

“James Pattinson was 12th man in the last game and I hope what I have shown in the last 18 months is that we have been really consistent in our selection. He’s been unlucky, he only played a couple of Tests in the Ashes and he is so hungry like Mitchell Starc. The way he has come back from playing (two) Tests in the Ashes has just been brilliant," he added.

Pattinson, who last featured for the national side during the five-match Ashes series in England, will step in for the injured Josh Hazlewood for the Boxing Day Test against New Zealand.

Australia are currently leading the three-match series 1-0 lead following their massive 296-run win in the opening Test in Perth. The hosts will look to wrap up the series with a game to spare in the second Test.

New Zealand, on the other hand, will look to bounce back strongly and level the series in order to stay alive.