With Mitchell Starc missing this series, Gillespie backed other bowlers to step up their game. 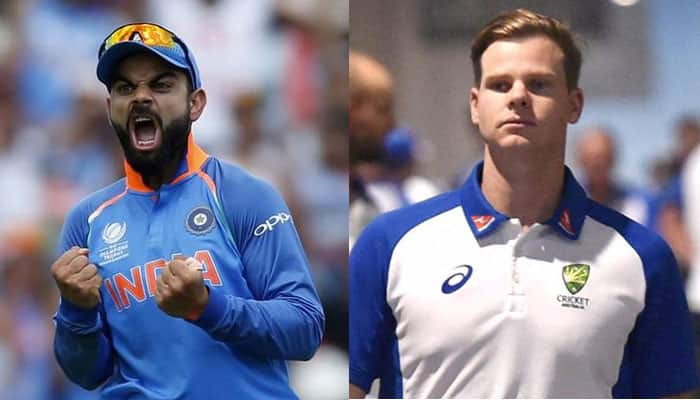 New Delhi: Just three days to go before the highly anticipated India-Australia ODI series begins in Chennai and as far as giving a highly valuable advice to the visitors is concerned, former Aussie speedster has warned his countryman against sledging Virat Kohli.

The Indian skipper, known for his aggressive attitude on field, has had many tussles with the Kangaroos in the past, quite a few of which have ended in the Indian star's favour (especially at home).

In an interview with TOI, Gillespie cautioned Steve Smith and Co. against repeating the same mistake this time.

"Kohli is an amazing player. Once the field spreads, he can bat safely. I don't think Australia need to get into a verbal battle or get into staring competitions with Kohli. The best way to put him under pressure is through disciplined bowling," said the forme pacer.

He also had a piece of advice for present Australian speedsters.

"I would like to see the Aussie quicks bowl bouncers throat-high to get him on the back foot, make him thinking about it. The follow-up ball remains the key. Make him come forward inviting the drive. If there is movement off the wicket or in the air, then the edge comes into play. Maybe they can bowl on the stumps with two catchers on the on-side. It's about getting him out of his comfort zone," said Gillespie.

With Mitchell Starc missing this series, Gillespie backed other bowlers to step up their game.

"Starc is Australia's premier fast bowler in ODIs. It's unfortunate that he is not part of the series. But I feel the others can do the job. I don't expect Cummins to play every ODI. Maybe two-three out of the five. Coulter-Nile could play as many games as possible. I know the selectors think highly of Coulter-Nile because he bowls fast and hits the pitch hard. Hopefully he can perform well in India,"  said the 42-year-old