Opener Mayank Agarwal (41 not out) neared a half-century with India captain Virat Kohli (5 not out) for company at the break. 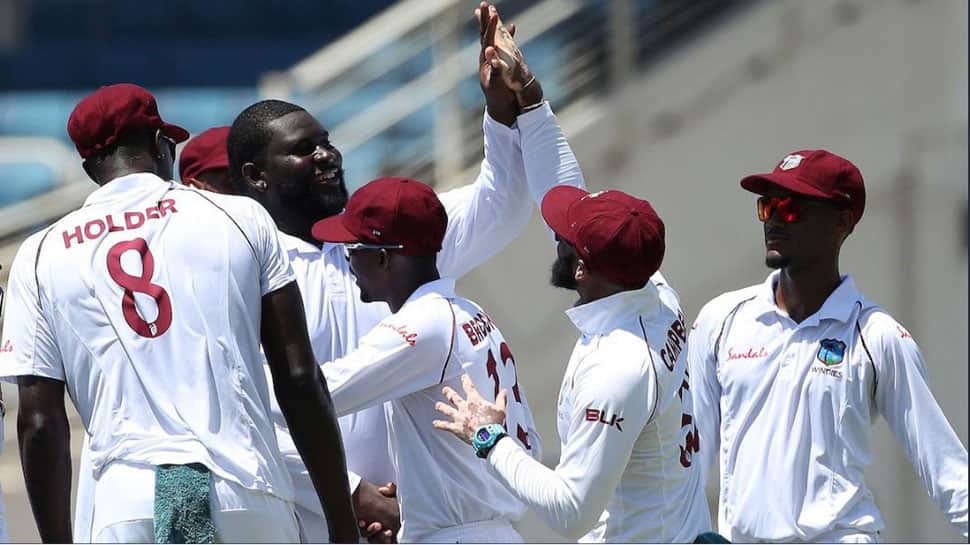 Offspinning all-rounder Rahkeem Cornwall picked up his first Test wicket on debut while skipper Jason Holder snared another in a brilliant spell of fast bowling as India laboured to 72/2 at lunch on Day 1 of the second Test on Friday.

Opener Mayank Agarwal (41 not out) neared a half-century with India captain Virat Kohli (5 not out) for company at the break. For the Windies, Holder (1/7) and Cornwall (1/20) were among the wickets.

India lost opener KL Rahul (13) early as Holder bowled a peach of a delivery to have him caught by Cornwall at first slip. It was a wicket-maiden and the all-rounder followed it up with a brilliant opening spell, bowling a tight off-stump line and causing Agarwal and Cheteshwar Pujara all sorts of trouble.

Cornwall, who is 6'6" tall and weighs around 140 kg, was soon asked to bowl and the 26-yea-old did not take much time to bag his first Test wicket.

Pujara (6), who did not get many runs in the first Test, cut a short of a length delivery straight to Shamarh Brooks at point.

India were unchanged from the first Test.