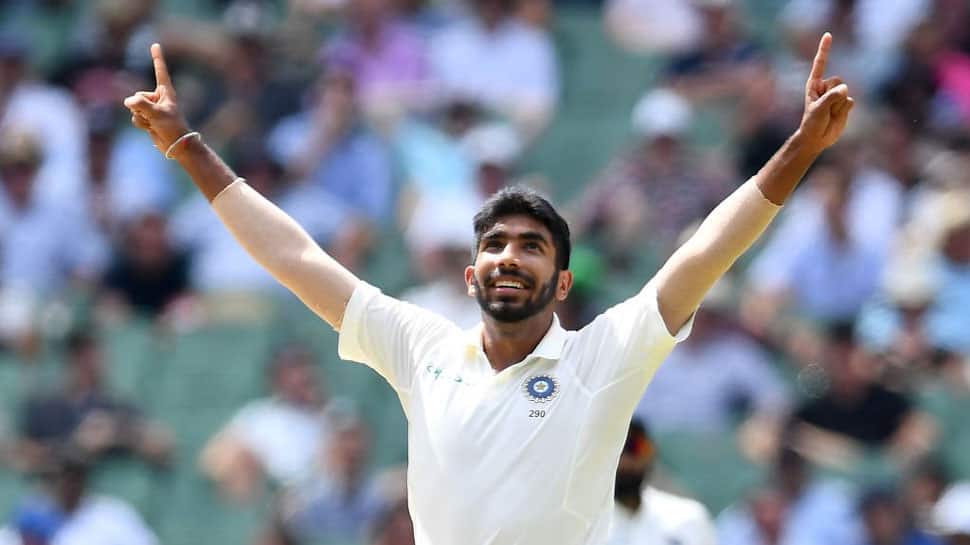 Bumrah dismissed Darren Bravo in the 30th over of the Windies innings to register his 50th Test wicket.

He had Bravo plum in front and as a result, the left-hander was adjudged leg-before wicket (LBW).

The 25-year-old recorded 50 Test wickets in his 11th match for the team in the longest format of the game.The pacer has gone past Ventakesh Prasad and Mohammad Shami.

Both Prasad and Shami had reached the milestone in 13 Test matches.

On day two of the first Test, India managed to post 297 runs on the board as all-rounder Ravindra Jadeja played a knock of 58 runs and was involved in a 60-run stand with Ishant Sharma.

India displayed a clinical performance with the ball in hand as they reduced Windies to 189/8 in the first innings.Ishant scalped five wickets as he dismissed Kraigg Brathwaite, Roston Chase, Shai Hope, Shimron Hetmyer and Kemar Roach.