Right-arm Indian pacer Mohammed Shami felt that he had enough runs to defend in the last over during the World Cup match against Afghanistan which India won by 11 runs in Southampton. 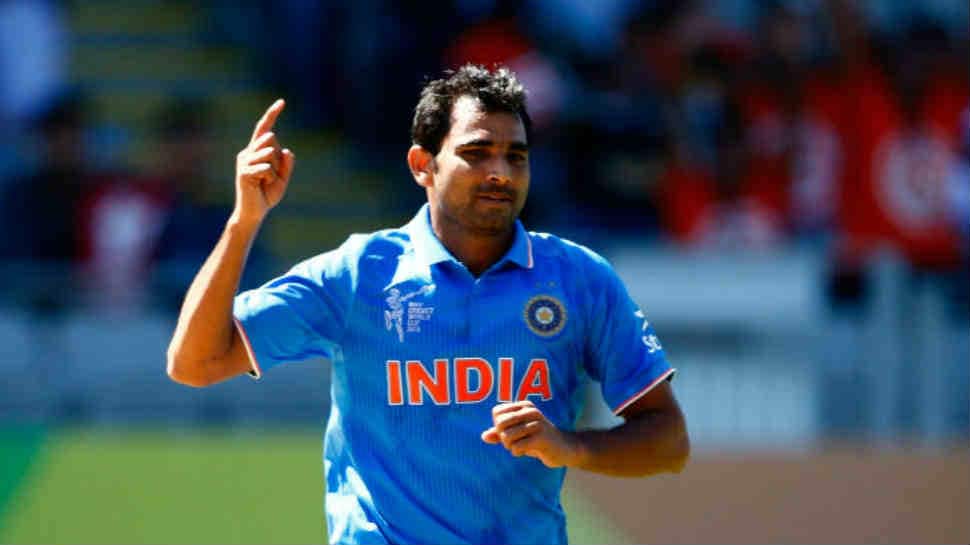 Southampton: Right-arm Indian pacer Mohammed Shami felt that he had enough runs to defend in the last over during the World Cup match against Afghanistan which India won by 11 runs in Southampton.

Chasing 225, Afghanistan needed 21 off the last 12 balls and they had the set batsman in Mohammad Nabi at the crease on Saturday. However, Jasprit Bumrah bowled a brilliant penultimate over giving five runs and left 16 for Shami to defend at the Ageas Bowl.

Shami, who was playing his first match of the ongoing tournament, bowled on great lengths during the final over and picked up a hat-trick to bowl out Afghanistan for 213 in 49.5 overs.

"You (Bumrah) left me enough runs to defend in the final over. 21 runs were needed from the last two overs and I was pretty confident that Bumrah will leave sufficient runs for me," Shami said during a conversation with Bumrah after the match.

"The runs allowed me to execute my plans well. I really enjoyed my bowling with you as we were bowling together after quite some time," he added.

Shami became the second Indian bowler to take a hat-trick in World Cup after Chetan Sharma who had achieved the feat against New Zealand in 1987 edition of the showpiece event.

When quizzed about his hat-trick, Shami said, "It felt really nice. As you said, it's always difficult to take a hat-trick, and that too in a World Cup. I want to thank god. I just wish that we achieve many more accomplishments like this playing together."

The UP bowler was included in the playing XI in place of Bhuvneshwar Kumar who has been sidelined for at least two-three matches because of a hamstring injury.

While speaking about his initial bust against Afghanistan during the second innings, Shami said: "Initially we both bowled really well as it was seaming. In the middle overs, however, we leaked a few runs as the spinners were bowling and they had a good partnership."

"But I was confident that the last 10 overs, which were bowled by both of us, would be the best for the team," he added.

Shami returned with figures of 4/40. Speaking about the performance during the ICC review of the match, he said: "It felt really nice to come out with such a performance and win such a tough game for the team. There can be no better feeling that playing for the country and I am happy, I was able to give my 100 per cent and contribute to India's victory."

"When our first inning ended with 224 runs on the board and then when Afghanistan had a good partnership early on, we knew it would not be good for us, especially for the bowler, if we lost because we as bowlers don't get enough chance to win games considering the batting line-up we have," he added.

Virat Kohli argues with umpire over DRS during Afghanistan win