India is currently taking part in a three-match T20 series against Bangladesh and were stunned by the visitors in the first rubber on Sunday where Rohit Sharma and company lost by seven wickets. 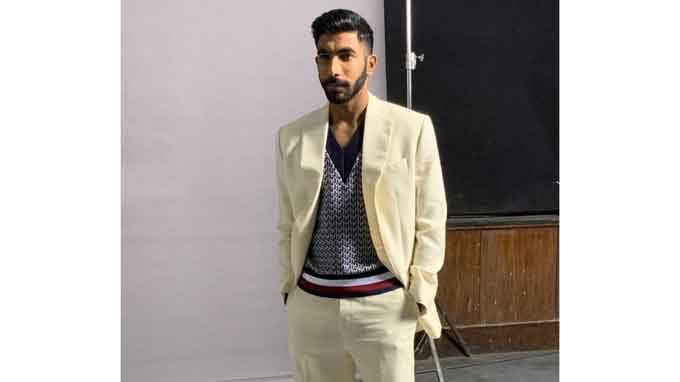 Recovering at a steady pace from his injury, India's pace spearhead Jasprit Bumrah brought to the fore his stylish self by "playing it cool" with a tweet of him decked up in casual-formals on Monday.

"Playing it cool," tweeted Bumrah with a photo of him wearing a white suit with a casual blue t-shirt inside and stylish white designed shoes to go with it.

Earlier, sources in the know of developments had told IANS that the pacer went through an assessment post the Diwali break and the recovery is on track and the bowler should be back in action at the start of the new year.

Team India will be hosting both Sri Lanka and Australia in January before heading to New Zealand for a two-Test, three-ODIs and five T20I tour and that is where the management believes it is crucial to have someone like Bumrah at 100 per cent.

India is currently taking part in a three-match T20 series against Bangladesh and were stunned by the visitors in the first rubber on Sunday where Rohit Sharma and company lost by seven wickets.

They will also play a two-Test series later this month with their first-ever Day-Night Test also slated at Eden Gardens from November 22 to 26.