Bumrah took to his social media platforms to share a couple of photos with his wife and thank fans for all the ‘love and wishes’ the couple received over the past few days. 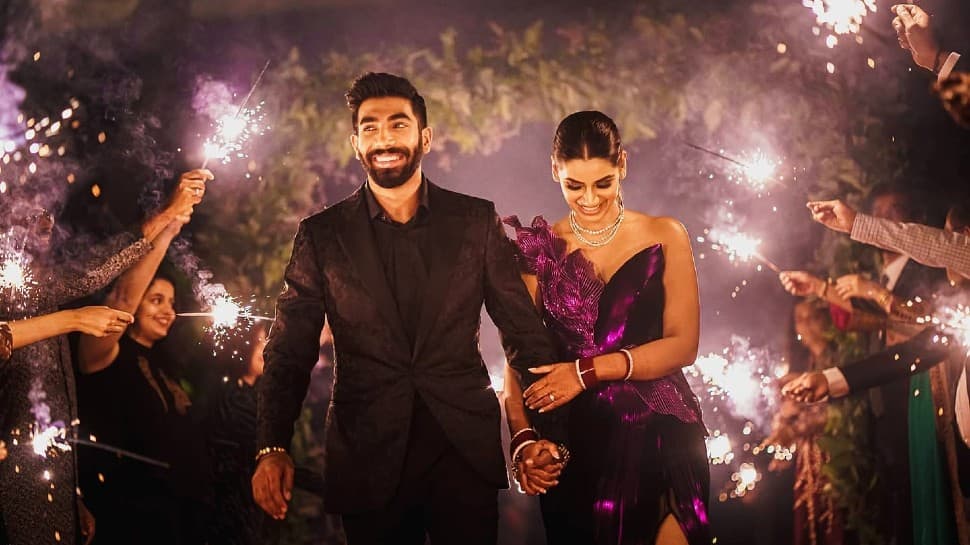 Indian paceman Jasprit Bumrah got married to TV presenter Sanjana Ganesan in a private ceremony in Goa on Monday (March 15). The event was attended by very few guests apart from close family members due to the ongoing COVID-19 pandemic.

The Indian speedster shared a couple of pictures, apparently from his wedding reception which also took place in Goa. Bumrah took to his social media platforms to share a couple of photos with his wife and thank fans for all the ‘love and wishes’ the couple received over the past few days.

The Mumbai Indians pacer termed the last couple of days as ‘absolutely magical’. “The last few days have been nothing short of absolutely magical! We are so grateful for all the love & wishes we've received. Thank you,” Bumrah captioned the images on Instagram and Twitter.

Bumrah and Sanjana Ganesan announced the news of their marriage on social media by sharing photos from their wedding on March 15. The speedster was granted leave ahead of the fourth Test against England by the Board of Control for Cricket in India (BCCI). The pacer was then not included in the 19-member squad for the ongoing T20I series.

Bumrah may join Mumbai Indians camp by end of March

The paceman, 27, has represented India in 19 Tests, 67 ODIs and 50 T20Is since making his international debut back in 2016. It is now expected that Bumrah will join Mumbai Indians’ pre-IPL 2021 season camp around the end of March.

The paceman is expected to join the camp between March 26 and 28. He will head straight into a week-long quarantine before preparing himself to fly with the team to Chennai for IPL 2021 opener against Royal Challengers Bangalore on April 9.