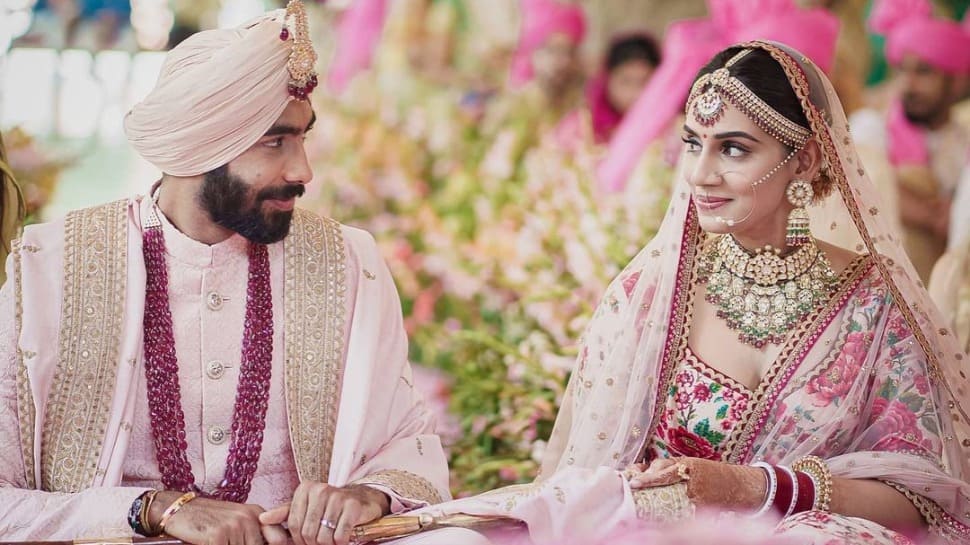 Team India pacer Jasprit Bumrah on Monday took to social media to confirm that he has tied the knot with sports presenter Sanjana Ganesan. As reported, the ceremony was a private affair and it took place with utmost secrecy. The couple got married in a traditional gurudwara wedding.

Meanwhile, Bumrah shared the first pic of the marriage on Twitter while expressing how happy he is as he embarks upon this new journey.

“Love, if it finds you worthy, directs your course,” Bumrah said.

“Steered by love, we have begun a new journey together. Today is one of the happiest days of our lives and we feel blessed to be able to share the news of our wedding and our joy with you. Jasprit & Sanjana,” the pacer added.

“Love, if it finds you worthy, directs your course.”

Steered by love, we have begun a new journey together. Today is one of the happiest days of our lives and we feel blessed to be able to share the news of our wedding and our joy with you.

According to reports, the pre-wedding rituals were completed in Goa on Sunday (March 14) and the wedding took place on Monday. The guests were reportedly asked not to carry their mobile phones for the ceremony as the couple wanted to keep the affair a secret and stay away from any media glare and only 20 guests were allowed for the event.

The rumours intensified with each passing day as it was reported that the 27-year-old Indian star will be marrying Sanjana, who has been a regular face of the Star Sports panel and has hosted shows on the Indian Premier League (IPL), badminton, etc. for the broadcasters. The 28-year-old has also been hosting the weekly show for the IPL franchise Kolkata Knight Riders (KKR) titled ‘Knights Club’. Sanjana is a Miss India 2014 finalist and the Maharashtra girl also participated in the MTV show Splitsvilla 7 before starting her career as a sports anchor and presenter.

Meanwhile, after being released from the Test squad, Bumrah was not included in India's T20I squad for the ongoing five-match series against England. He is expected to now make his comeback in the Indian Premier League (IPL) next season which will be played entirely in India and is scheduled to begin from April 9.