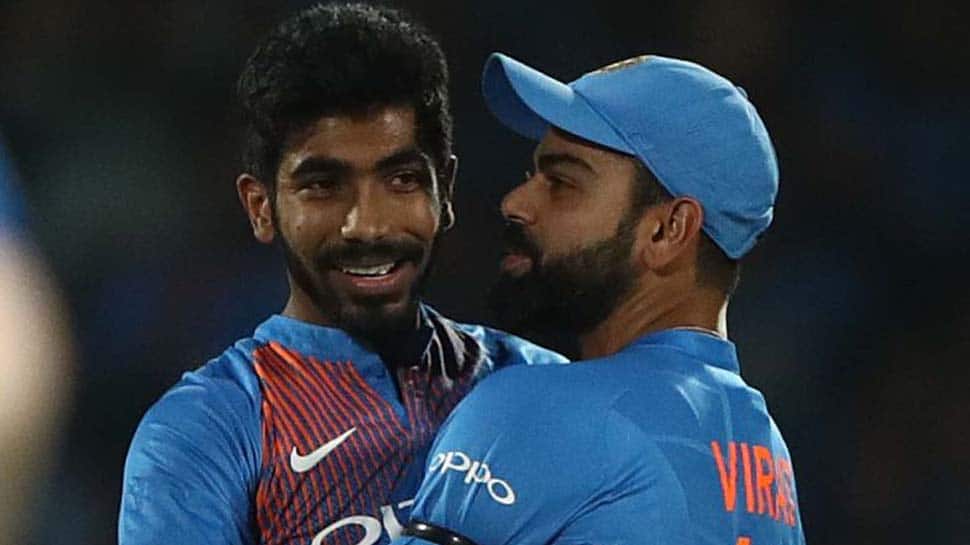 Bumrah picked three wickets while conceding just 16 runs in Vishakhapatnam, registering a sublime performance against the hosts, in the shortest format of the game. The 25-year-old has now picked 51 wickets in 41 matches at an economy rate of 6.77 and strike rate of 18.1, in his T20I career.

Bumrah has been in superb form recently, becoming the country's first pace-bowler to pick nine wickets in a Test match in Australia, during the 'Boxing Day Test'.

The pacer picked nine wickets while conceding just 86 runs at the MCG, making his presence felt against the Aussies, despite enjoying comparatively limited experience in the longer format of the game.

The25-year-old bowler also recorded the best figures by an Indian pacer during a Test Down Under, in the same clash.

Bumrah's performances further played a key role in India's historic 2-1 win in the four-match Test series against Australia under the leadership of Virat Kohli.