former India fast bowler Jaydev Unadkat broke a 21-year-old Ranji record and came up with a match-winning spell to help Saurashtra beat Gujarat in the semi-final on Wednesday (March 4). 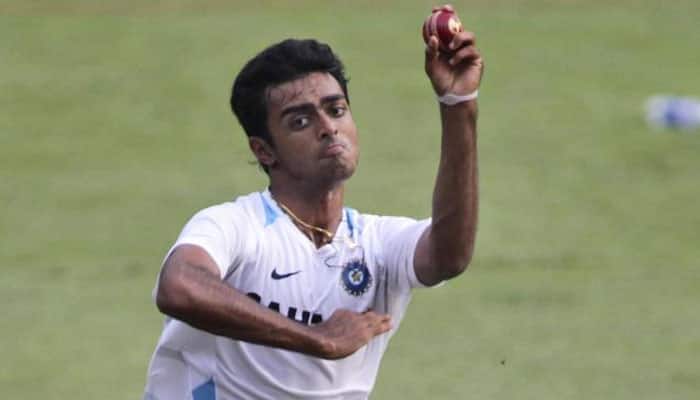 Continuing his purple patch in the ongoing Ranji Trophy season, former India fast bowler Jaydev Unadkat broke a 21-year-old Ranji record and came up with a match-winning spell to help Saurashtra beat Gujarat in the semi-final on Wednesday (March 4).

Left-arm pacer Unadkat broke the record for the most wickets by a fast bowler in a single Ranji Trophy season by taking 65 wickets. Earlier, the record was held by Dodda Ganesh of Karnataka in 1998-99 season.

Unadkat broke the record with a 10-wicket haul in the semi-final against Gujarat. He claimed 7 wickets in the 2nd innings to ensure that Saurashtra book their place in the final of the Ranji Trophy for the second time in a row.

Saurashtra captain Jaydev Unadkat becomes the pacer with the most number of wickets in a #RanjiTrophy season.

With 65 wickets in his kitty, Unadkat is now at second place on the list of bowlers with most wickets in a Ranji Trophy. The list is headed by Ashutosh Aman - 68 in 2018/19.

Saurashtra hold their nerve in a thriller against Gujarat and reach the @paytm #RanjiTrophy 2019-20 final.

Unadkat last played for India in 2018 and he is only the third fast bowler after Laxmipathy Balaji and Aniket Choudhary to take 7 5-wicket hauls in a Ranji Trophy season.

Saurashtra will face Bengal in the final from March 9. It may be recalled that Saurashtra were defeated by Vidarbha in 2019 final.