Apart from Hazlewood, the notable absentee from the playing XI in the first Ashes Test was Mitchell Starc. 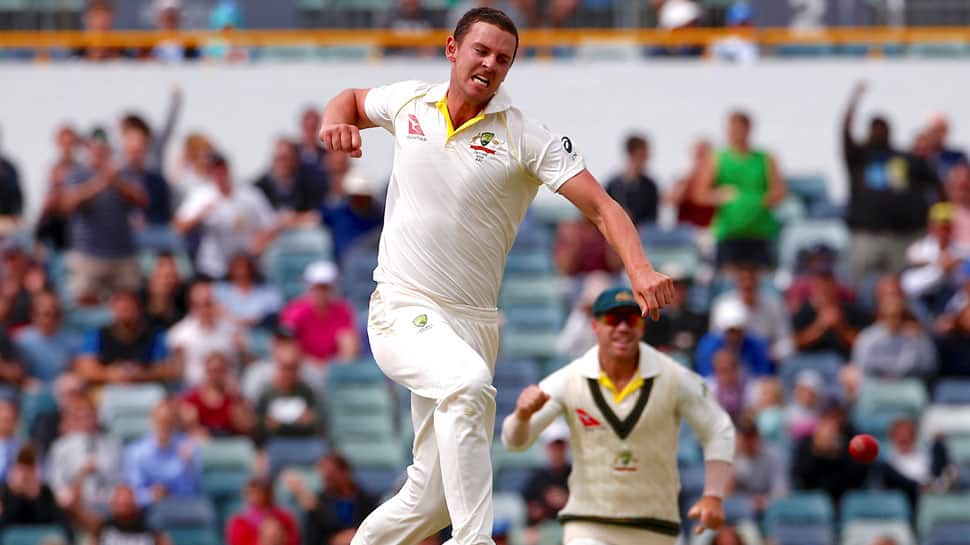 Australia bowler Josh Hazlewood, who missed the first Ashes Test, said that the selectors chose many pacers in the squad with different abilities to have `all bases covered`.

"I think they [the selectors] have definitely gone a different way to 2015 and I think that`s purely because of how tight the Tests are [scheduled]. That`s why we`ve got six [quicks] here and anyone can do a job on any given day. We`ve got three guys with proper air speed and three guys who seam and swing a little bit. I think that`s what they [selectors] have got six quicks for, to have all bases covered," ICC quoted Hazlewood as saying.

Apart from Hazlewood, the notable absentee from the playing XI in the first Ashes Test was Mitchell Starc. Australia played Hazlewood, Pat Cummins, and James Pattinson.

Australia registered a massive 251-run victory over England in the match. Hazlewood is looking at the situation in a positive way as he feels that bowling options serve as a great competition in the squad.

"I guess it`s just who`s bowling best at that particular time leading into the Test, and who gets the nod. I think every quick really feels the pressure of the other five and vice versa, and it`s great competition to have in the squad," he said.

Hazlewood said he would love to get an opportunity to play in the second Ashes Test.

"I`ve just played the one Test there, but I thought I got used to the slope pretty quickly and felt pretty comfortable there. The conditions there have been quite bowler-friendly the last few Test matches, so I`d love another opportunity," Hazlewood said.

Australia will face England for the second Ashes Test at Lord`s starting from August 14.