Australia are slated to play five-match ODI series against Pakistan from March 22 before they will begin their World Cup campaign against Afghanistan on June 1. 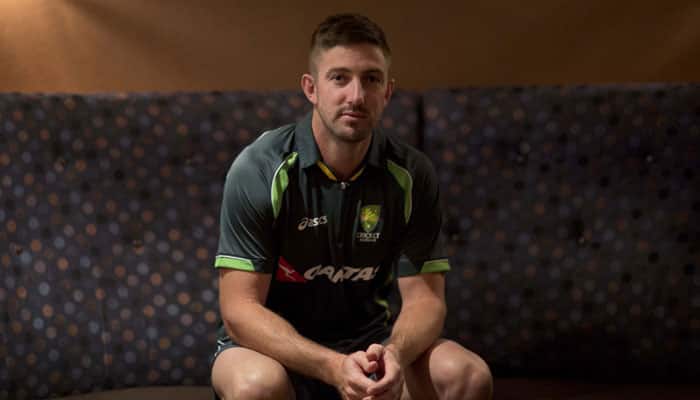 Shaun Marsh's exclusion from Australia's historic series-clinching win over India might have left his one-day future in a cloud, but coach Justin Langer has rubbished the same and said that the veteran batsman is too good a player not to be given a chance in the national squad again.

The 35-year-old smashed four ODI tons last year before being excluded from the Playing XI for the five-match ODI series against the Virat Kohli-led side in India, which Australia went on to clinch by 3-2 following their 35-run win in the fifth match in Delhi.

While former skipper Steve Smith and former vice-captain David Warner are all set to make a return from their year-long suspensions in March, the impressive campaigns of Usman Khawaja, Peter Handscomb and Ashton Turner in India have also put Marsh's inclusion in Australia's World Cup squad far from certain.

However, Langer hinted that the country's best ODI batsman in 2018 would get a chance to push his case for the selection in the World Cup during their last limited-over fixtures ahead of the showpiece event against Pakistan in the UAE.

"Definitely, he's too good a player not to. He's been our most successful ODI player in the last 12 months, probably longer,"cricket.com.au quoted Langer as saying.

Describing Marsh as a 'gun player', the Australia coach further clarified that batsman was dropped for the series against India because he had just come back from a hamstring injury.

"It was tough (in India) that he'd come back in off the back of a hamstring injury ... he missed out a few times but he's a gun player, a really important part of the team," he said.

Australia are slated to play five-match ODI series against Pakistan from March 22 before they will begin their World Cup campaign against Afghanistan on June 1.

I am no slouch in white ball cricket: Ravichandran Ashwin on ODI exclusion