Kane Williamson and New Zealand didn't lose, they only missed the trophy

When New Zealand captain Kane Williamson walked off a room full of over 100 journalists, a long round of applause followed. It wasn’t meant to be sympathetic but a nod to the spirit with which New Zealand played the ICC Cricket World Cup 2019 final and the character its 28-year-old leader showed after a heart-breaking result. 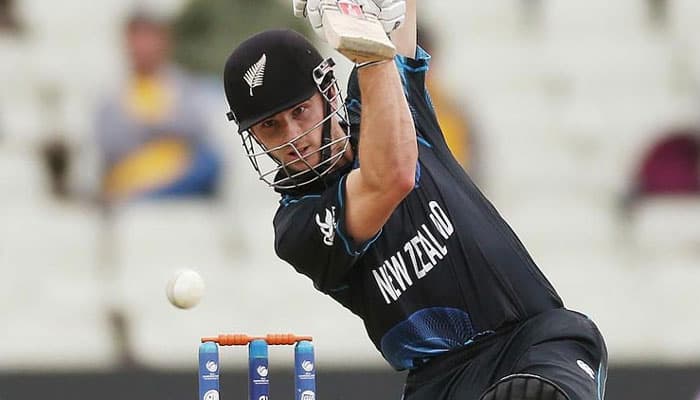 LONDON: When New Zealand captain Kane Williamson walked off a room full of over 100 journalists, a long round of applause followed. It wasn’t meant to be sympathetic but a nod to the spirit with which New Zealand played the ICC Cricket World Cup 2019 final and the character its 28-year-old leader showed after a heart-breaking result.

Even though England won, New Zealand put out everything they had. There was absolutely nothing to separate the two teams – they had put the same number of runs after 50 overs and in the Super Over. But since one team had to be adjudged winners, and England had hit 24 boundaries to New Zealand’s 16, the hosts clinched their maiden men’s World Cup title.

“I’m just gutted, the guys put in a huge amount of work to get this opportunity and we still could not quite get across the line,” said Williamson. I have spoken about ‘uncontrollables’ and there were a couple here that were pretty hard to swallow.

“Take nothing away from England’s campaign, not just this match, but throughout, all the cricket they have played, they are deserving winners. However, either side walking away with the title probably feels a bit fortunate.

“Someone had to win the title and we’re gutted that it’s not us.”

At that moment, the 100 people present had one collective thought: to get around Williamson and laud the great man for the way he and his team had performed this World Cup. Few gave them a chance. At max, they were supposed to make the semi-finals. And how emphatically have New Zealand proven them wrong? Almost… almost breaking 60 million English hearts.

Williamson, despite the disappointment, managed to smile, joke and remain his witty best throughout the session. When asked whether a boundary count was the best way to determine a winner of such a close contest, the New Zealand skipper passed a sly smile, almost indicating that perhaps a part of him felt robbed/cheated. But being the gentleman that he is, Williamson carried on with that smile intact.

“It was a fantastic game to be a part of,” said Williamson. “But it is quite hard to look at it in a rational way when we have just been through what we’ve been through. I don’t feel anger but there’s a lot of disappointment. This game is fickle at times.

“When it comes down to a tie, you start looking at every single delivery, don’t you? It’s a pretty tough pill to swallow.

“I think the thing you walk away with is the amount of heart and the amount of fight the guys have shown throughout this whole campaign, but probably none more than the match we have just witnessed.”

Speaking of uncontrollables, an overthrow that deflected off a diving Ben Stokes’ bat will be spoken about for years to come. The incident took place in the final over. With 15 needed off four, Stokes deposited Trent Boult into the stands. The next ball, Stokes, going for a second run, put in the dive and a throw from Martin Guptill from deep midwicket saw the ball ricochet off Stokes’ bat and sped to the boundary.

Stokes put up his hands, signalling he had nothing to do with it. But the ball had raced to the boundary. The equation had come down to 3 off 2. Adil Rashid and Mark Wood were run out off the next two balls, but on both instances the bails were dislodged with the batsmen returning for the second run at the non-striker’s end.

“While the emotions are raw it is pretty hard to swallow when two teams have worked really, really hard to get to this moment in time and when sort of two attempts to separate them with a winner and a loser it still doesn’t perhaps sort of shine with one side coming through, you know. It is what it is, really. The rules are there at the start,” Williamson said.

“No-one probably thought they would have to sort of result to some of that stuff. But yeah, very tough to swallow. A great game of cricket and all you guys probably enjoyed it.

“As to everyone else, I think they are still here, they want more (smiling). But we are looking forward to putting our feet up now and having a bit of a chat and reflection about our campaign.”

The nice guys is a tag New Zealand have carried since a long time. Hence, it was a little tough to see them play so well and not be rewarded with what could have been a fitting reward for the efforts New Zealand have put together. From staying unbeaten the first six matches to enduring three straight losses to again regrouping and beating India, New Zealand played tough, attritional cricket.

They demonstrated how it today’s era, where bats dominate more than the ball, how with a strong bowling attack, even totals under 250 are defended. But most importantly, through their conduct, Williamson’s New Zealand have laid an example how a team can comprise a bunch of good guys and yet turn up aggressively on the field.

“Everybody are allowed to be themselves. That is a good thing about the world. And everybody should be a little bit different as well. Really difficult question to answer. That is probably my best answer, just be yourself and try and enjoy what you do,” Williamson said before walking off to a round of ovation.”

If that doesn’t tell you how incredible this New Zealand side is, here’s what World Cup-winning captain and Williamson’s counterpart said about them: “I think they’ve been incredible throughout the tournament. I said it before the game in the press conference. They’ve been actually through a better tournament than we have. You’d have no qualms in turning around to your kid and saying, ‘Please idolise these guys, they are very admirable.’ They are.”