Kane Williamson who has now scored back to back tons in the ICC Cricket World Cup 2019 has so far accumulated 5928 runs in 144 matches for New Zealand. 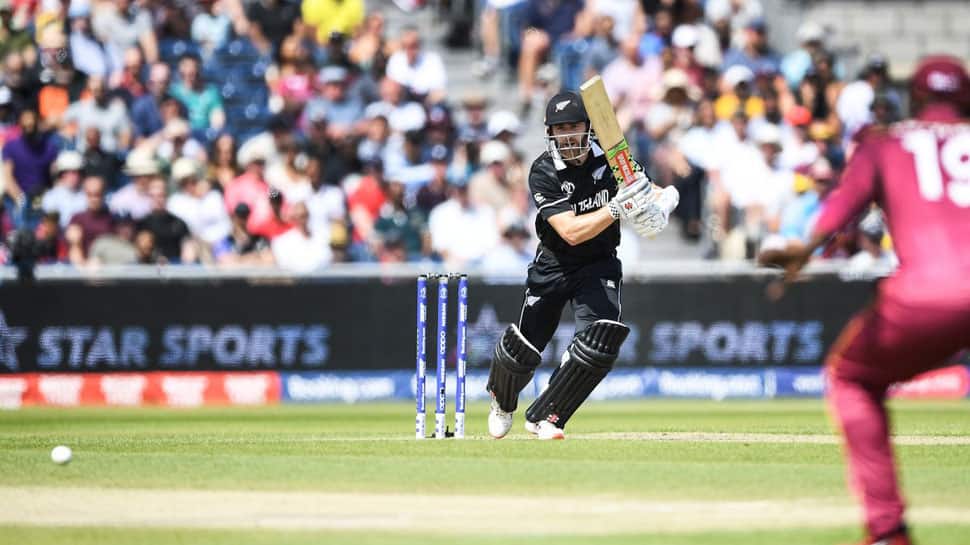 New Zealand skipper Kane Williamson played a key role in helping New Zealand maintain their winning win in the ICC Cricket World Cup 2019 on Saturday against West Indies. The Kiwis emerged victorious by a margin of five runs against the Windies in an exciting yet tense clash.

New Zealand openers Martin Guptill and Colin Munro were dismissed for a duck off the opening over bowled by Sheldon Cottrell. Skipper Kane Williamson who was named as the man of the match went about rebuilding the innings at this stage alongside veteran Ross Taylor.

The duo stitched a partnership of 160 runs which is the highest third-wicket partnership in the World Cup for New Zealand. Taylor eventually departed for 69 runs off 95 deliveries in the 35th over, but Williamson continued to make his presence felt.

In reply, the West Indies were bowled out for 286 runs in 49 overs after being reduced to 164/7 in 26.5 overs at one stage. The Windies made a comeback in the clash following a fine counter-attacking knock by Carlos Braithwaite who scored his first ODI century for the West Indies but failed to get the job done.

Kane Williamson who has now scored back to back tons in the ICC Cricket World Cup 2019 has so far accumulated 5928 runs in 144 matches for New Zealand.