New Zealand’s nervy win against Bangladesh was indication that Afghanistan may after all, have a chance to pull off a surprise. 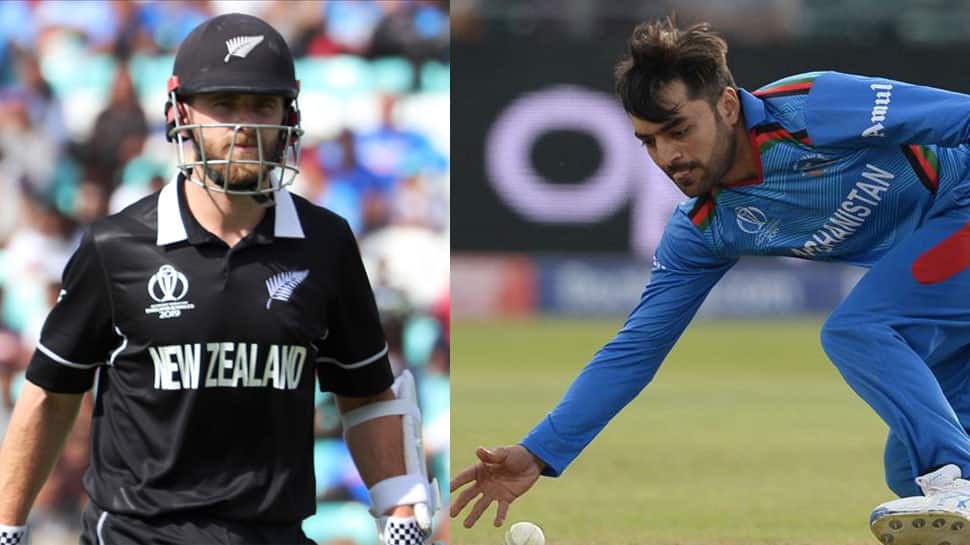 TAUNTON: Kane Williamson and Rashid Khan have shared the same dressing room for the past three years playing for IPL franchise Sunrisers Hyderabad. On Saturday, the two will come face-to-face in what promises to be the battle between Afghanistan‘s spinners and New Zealand‘s pacers. The 2015 World Cup semi-finalists put Sri Lanka and Bangladesh under pressure through Matt Henry and Trent Boult but have seemingly faced issues against spin.

New Zealand’s nervy win against Bangladesh was indication that Afghanistan may after all, have a chance to pull off a surprise. That said, the absence of Mohammad Shahzad, who was ruled out of the World Cup, have left Afghanistan handicapped, in which case, plenty would depend on spinners Rashid, Mujeeb Ur Rahman and Mohammad Nabi to make up for the wicketkeeper-batsman’s unavailability.

New Zealand and Afghanistan have issues in batting to address. Mitchell Santner guided them home against Bangladesh when the possibility of an upset, whereas Afghanistan had a golden chance to beat Sri Lanka given the batsmen showed a little more resistance. As it rained in Taunton, the Afghanistan side spent two hours training indoors away from the media and under the watchful eyes of Phil Simmons.

The groundsmen at the Somerset County Cricket Ground did a tremendous job in keeping a vast portion of the ground covered, but despite that, there remained big puddles of water on the covers, presenting the idea just how wet the outfield must be. It rained almost entire Friday, but the forecast is a lot sunnier for Saturday.

The venue is where Sourav Ganguly and Rahul Dravid flayed Sri Lanka 20 years ago during the 1999 World Cup to put up a then-record 318-run partnership. This is Taunton’s first shot at international cricket since then. The boundaries are small, which indicate that another high-scoring contest should not be ruled out. However, for that to happen, New Zealand and Afghanistan must address their concerns against spin and pace respectively.

Shahzad’s absence means that Afghanistan might have to make two changes. Noor Ali Zadran to aid the batting at the top, and Shahzad’s replacement, Ikram Ali Khil to take over the wicket-keeping duties. If Afghanistan want to stick to the three-pronged spin attack, unfortunately, Dawlat Zadran will have to miss out.

New Zealand are yet to give Tim Southee and Henry Nicholls a game, which might change against Afghanistan. Nicholls remains a strong contender to return, meaning Jimmy Neesham will most likely be benched. But if Southee gets a game, it might result keep Matt Henry out, which may not be a call New Zealand would be eager to make.

– This will be the second ODI meeting between Afghanistan and New Zealand; their only previous encounter ended in a six-wicket win to the Black Caps when they clashed at the 2015 World Cup.

– Each of Afghanistan’s last five ODIs have been won by the team to have lost the toss on the day, with Afghanistan picking up just two wins in that span.

– Kane Williamson (New Zealand) has managed to post 747 runs across his last 10 ODI knocks in England and Wales (74.7 average); his 40 against Bangladesh last time out ended a run of seven half-centuries there in a row.