The question to win the jackpot prize of the show was, "Who was the Indian bowler off whom Australian legend Don Bradman got a single to reach his 100th first-class century?" 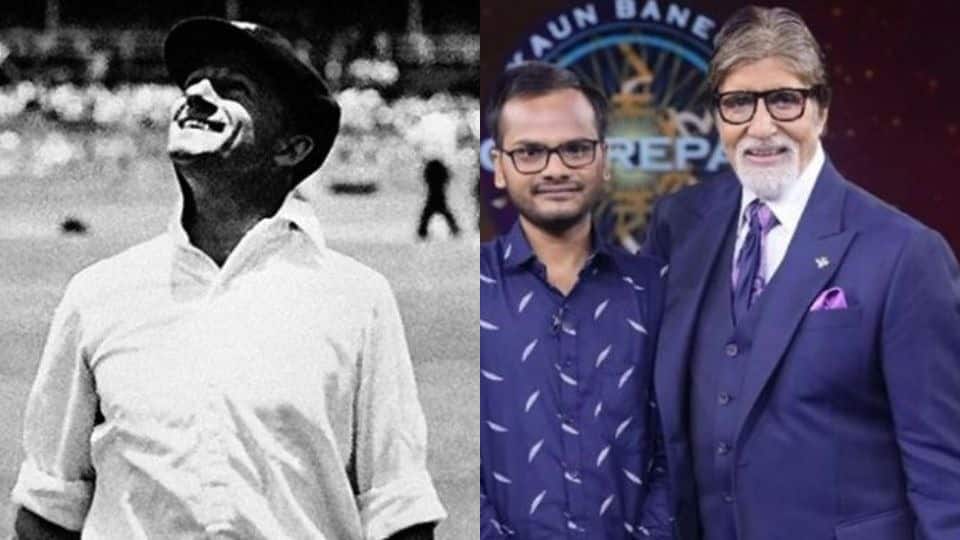 The 11th season of Kaun Banega Crorepati (KBC), one of the most popular quiz-based reality show hosted by megastar Amitabh Bachchan, got his first crorepati on Friday when IAS aspirant Sanoj Raj took home a sum of Rs 1 crore.

However, a question on legendary Australian batsman Sir Don Bradman ended Raj's hopes of scaling the Rs 7 crore summit and he wisely decided to quit and go back home with a whopping Rs 1 crore.

The question to win the jackpot prize of the show was, "Who was the Indian bowler off whom Australian legend Don Bradman got a single to reach his 100th first-class century?"

The options given by Big B for the jackpot question were A) Baqa Jilani, B) Commandur Rangachari, C) Gokumal Kishenchand and D) Kanwar Rai Singh.

The right answer of the final question was Gokumal Kishenchand, who had represented India in just five Test matches--four of which came against Australia in 1947-48.

It was during a warm-up match between Australia XI and India in 1947 at the Sydney Cricket Ground when Bradman got a single off Kishenchand's delivery to reach the three-figure mark in the first-class cricket.

Meanwhile, Sanoj Raj completed his education from a private school in Jehanabad. He went on to study B.Tech from Vardhman University in West Bengal. Sanoj got a job in TCS but aspired for the civil services befire he decided to quit his job in 2018 to concentrate full-time on UPSC.