India, who had a clean sweep over Windies in the T20Is, will now look to continue their dominance when the two teams meet in the second ODI at the Port of Spain on Sunday. 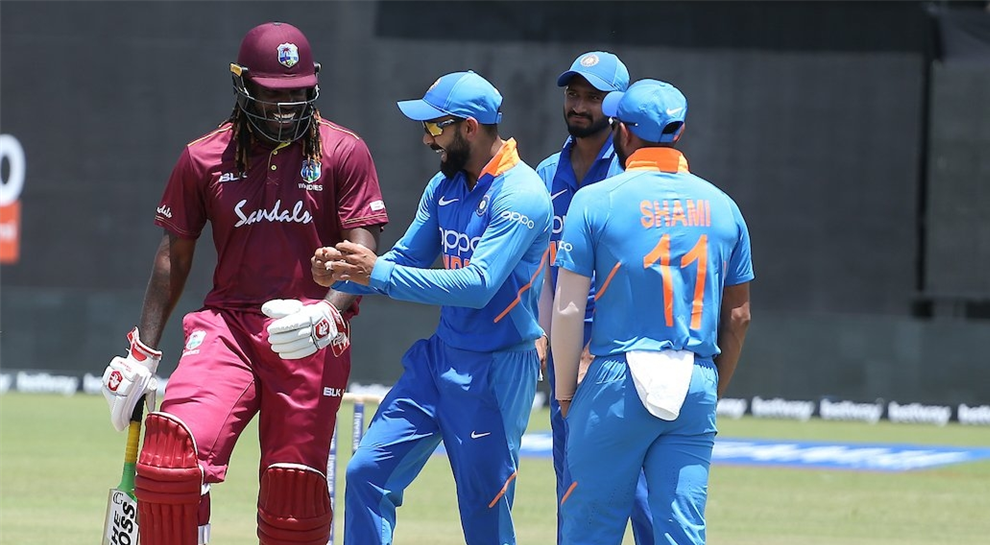 Georgetown: While the first ODI between India and West Indies ended on a dull note as it got abandoned due to persistent rain, cricket fans in Guyana were provided with some moments by skipper Virat Kohli which they must have cherished.

Only 13 overs could be bowled before the first ODI of the three-match rubber was called off due to rain at the Providence Stadium here on Thursday.

However, during those 13 overs, fans who were present at the stadium and those watching on the television sets were treated to some dance moves from Kohli, who was otherwise left frustrated by the start-stop rain.

After the first break when the umpires called the players to the field, Kohli did not let his mood to be dampened by rain and was seen dancing several times on the tunes of the DJ.

While the Indian skipper danced with his teammates on several occasions, he even managed to rope in Chris Gayle, his former Royal Challengers Bangalore (RCB) teammate.

When in the Caribbean, breaking into a jig be like #TeamIndia #WIvIND pic.twitter.com/teg6r2WilS

Earlier, the start of the series opener was delayed by 90 minutes due to morning showers and was reduced to 43-overs a side before rain once again played a spoilsport and after two interruptions in the play, the match was abandoned.

India, who had a clean sweep over Windies in the T20Is, will now look to continue their dominance when the two teams meet in the second ODI at the Port of Spain on Sunday.