Brathwaite had last guided the side in two Tests against Bangladesh last year, when Holder was forced to miss the same due to injury. 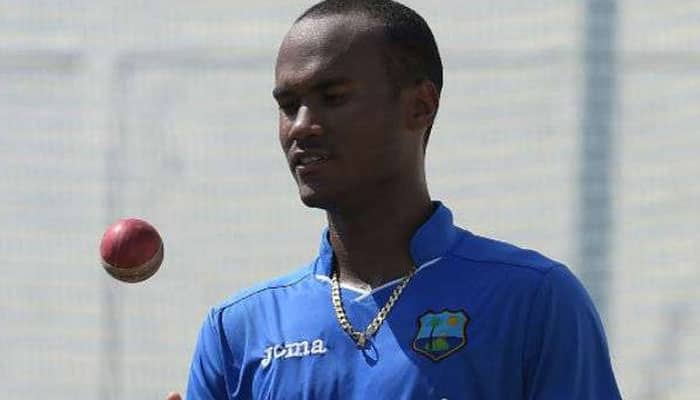 Opener Kraigg Brathwaite will lead the West Indies side in the absence of suspended regular skipper Jason Holder in the third and final Test against England, beginning February 9 at Beausejour Stadium in Saint Lucia.

On Monday, Holder was suspended for one Test and fined 40 percent of his match fee by the International Cricket Council (ICC) for maintaining a slow over-rate during his side's 10-wicket win in the second match against England in Antigua.

Confirming the news of Braithwaite leading the side, Windies Chairman of Selectors Courtney Browne said, "With Jason Holder missing out on the last Test, Kraigg Brathwaite will take the reins of captaincy."

It is to be noted that Brathwaite had earlier guided the side in two Tests against Bangladesh last year, when Holder was forced to miss the same due to injury.

Meanwhile, fast bowler Keemo Paul has also been added to the Caribbean squad on the back of some of his recent good performances in the first-class championship, the ICC reported.

"We also welcome Keemo Paul back to the squad. He is having a good showing in the West Indies first-class championship at the moment," Browne added.

West Indies have already taken an unassailable 2-0 lead in the ongoing three-match Test series against England following their crushing win in Antigua and huge 381-run triumph in the opening match in Barbados.

“The panel also takes this opportunity to congratulate the team and the support staff for the series victory and wish them all the best for the third and final match of the series," the national selector said.

Paul, who has three wickets to his name from two Tests he has played so far for the West Indies, has been in good form in the recent times as he has clinched 20 wickets and scored 142 runs in just three-first class games he played for Guyana this season.