After resuming on 384-4 Australia declared their first innings closed after lunch, with Patterson, in just his second test innings, unbeaten on 114 and captain Tim Paine 45 not out. 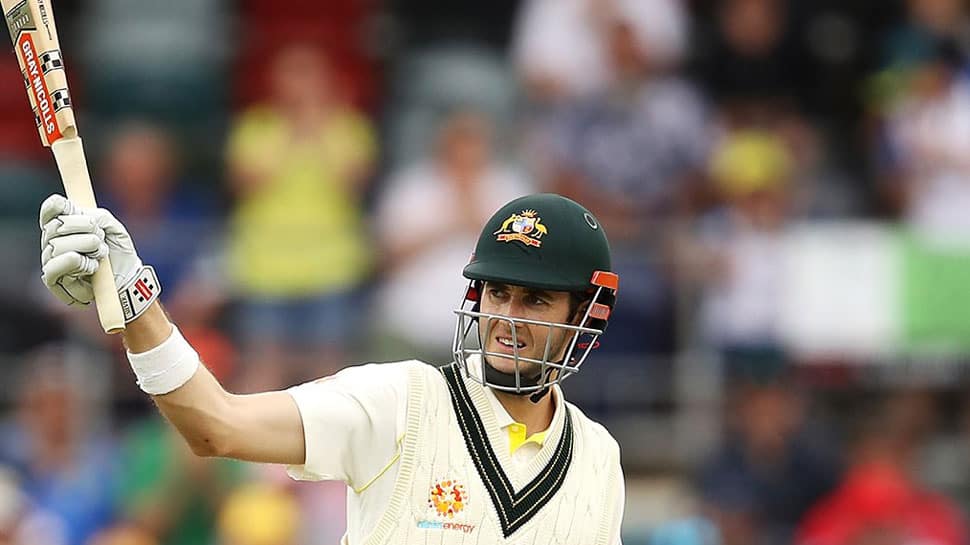 Kurtis Patterson notched his maiden century to drive Australia to a massive first innings total of 534-5 declared on day two of the second and final test against Sri Lanka at the Manuka Oval on Saturday.

The hosts, who lead 1-0 lead after winning the first test by an innings and 40 runs at Brisbane last week, may have done enough to bat Sri Lanka out of the match and seal their first series win since a 4-0 Ashes victory against England last year.

After resuming on 384-4 Australia declared their first innings closed after lunch, with Patterson, in just his second test innings, unbeaten on 114 and captain Tim Paine 45 not out.

Sri Lanka`s left-handed opening pair of Dimuth Karunaratne and Lahiru Thirimanne held off Australia`s attack for just under an hour before the tea interval and took the touring side to 47 without loss.

Karunaratne was on 29 and Thirimanne 17 at tea.

Mitchell Starc, who nabbed 15 wickets in five tests during the India series and opener against Sri Lanka, has come in for criticism for some wayward bowling and while he was regularly clocking over 150 kph during his opening spell of four overs the Australia pace spearhead once again lacked direction.

The home side have struggled with the bat recently, Usman Khawaja`s 141 against Pakistan last October the only hundred by an Australian batsman since they thrashed England at home, but they have three centurions in Canberra already.

After hundreds from Joe Burns and Travis Head on the first day, the 25-year-old Patterson, who made his debut in Brisbane, looked untroubled against a second-string Sri Lanka attack that has lost three pace bowlers to injuries.

Sri Lanka`s seamers started with a tight line and length under overcast conditions and got an early reward in an eventful sixth over of the morning from Kasun Rajitha.

Patterson, who was dropped on the first delivery he faced on Friday, started with a confident pulled boundary before overnight centurion Burns picked up his first four of the day with an on drive.

But two balls later a moment of indecision cost Burns his wicket as well as the chance to score Australia`s first double hundred since former skipper Steve Smith`s 239 against England in Perth in December 2017.

Burns added eight to his overnight score before playing on to his stumps for 180.

Patterson and Paine then continued to plunder runs at will with an unbroken sixth-wicket stand of 130.

Patterson hit Chamika Karunaratne through the covers to pick up three runs to get to his century, smacking 14 fours and a six in his knock.