Malinga was adjudged as the man of the match after he picked four wickets, conceding just 43 runs while defending a moderate total of 233, with the hosts bowled out for 212 runs in 47 overs. 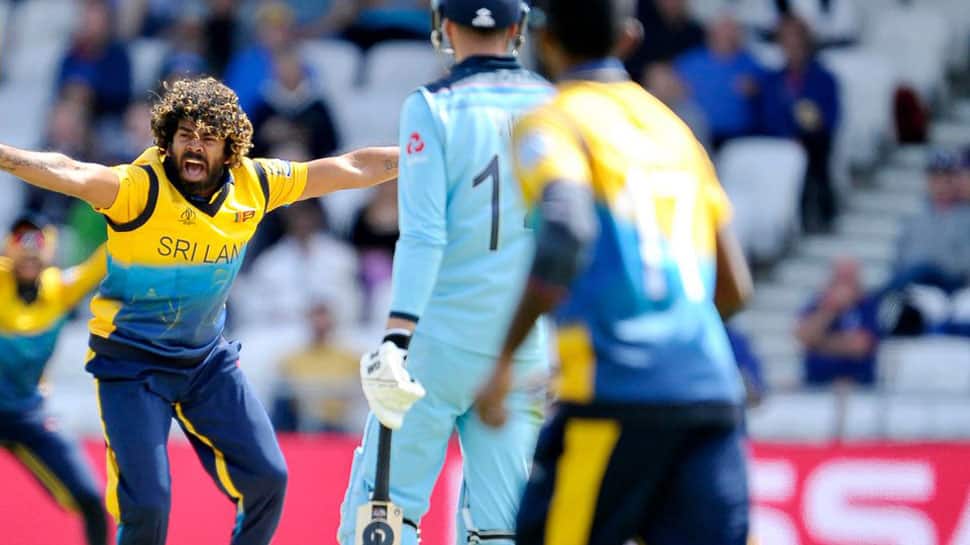 Veteran Lasith Malinga helped Sri Lanka register their second win in the ICC Cricket World Cup 2019 following an excellent performance against England in match 27 of the tournament at Headingley, Leeds on Friday.

Malinga was adjudged as the man of the match after he picked four wickets, conceding just 43 runs while defending a moderate total of 233, with the hosts bowled out for 212 runs in 47 overs.

Sri Lanka captain Dimuth Karunaratne won the toss and opted to bat. However, the side failed to post a formidable total scoring 232 runs for the loss of 9 wickets following an excellent performance by the English bowling attack.

Malinga struck with his second delivery of the opening over during the chase accounting for opener Jonny Bairstow who was dismissed for a duck. The veteran kept striking at regular intervals following the dismissal picking up the key wickets of James Vince, Joe Root and Jos Buttler further on.

Malinga has now accounted for 50 wickets in the Cricket World Cup, becoming the fourth man to reach the tally after Glenn McGrath, Muttiah Muralitharan and Wasim Akram. The veteran who has so far picked 330 wickets in 222 ODI matches for Sri Lanka, will be looking to ensure similar performances in the upcoming matches.