Mandhana became the number one ODI batswoman in the ICC Women's Rankings last month following her exemplary run of form. 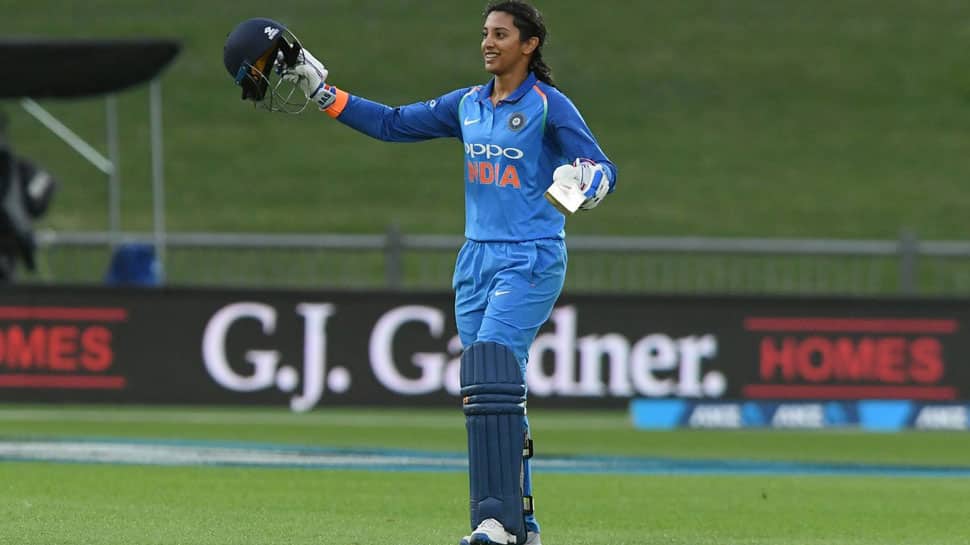 Mandhana became the number one ODI batswoman in the ICC Women's Rankings last month following her exemplary run of form.

Mandhana, who will lead India women in the three-match T20 series against England starting on Monday, said her goal now is to stay at the top and win a World title.

"As a kid when you start playing, you always think of winning the World Cup. Obviously, there are individual targets like getting to the ICC World No.1 spot. Reaching there was really pleasing but now I have to work even harder. To stay there is much more important than getting there," said Mandhana, who replaced injured Harmanpreet Kaur as the T20 captain.

"As a batter, the most important thing is to reach the ICC World No.1 position. Definitely, it was one of the small goals for me, but my major goal is definitely to win the World Cup," she added.

The upcoming series will provide the India women's team with a chance to finalise a core group of players ahead of the T20 World Cup early next year but Mandhana said their primary aim is to win the series, which in turn will throw up new players.

"Definitely we are looking to win the series and not just trying out new faces. We really have a very exciting team. It is important for us to believe that we are going into the series to win it rather than experimenting," the skipper said.

"The first goal is to win the series and if we can achieve that we will definitely be able to find new faces for the World Cup. It would be much easier rather than thinking the other way."

The ICC Women's T20 World Cup will be held in Australia from February 21 to March 8 next year.

Mandhana said that they have already started their preparations for the T20 World Cup and a fair bit of idea about the composition of the side will come in next 6-8 months.

"Me and Raman sir (coach WV Raman) have spoken about the things which we lacked during the New Zealand tour and the way our batting order will be shaping for the next World Cup."

"So, it's a really exciting time because we have such a young side. We will have to wait for 6-8 months to see where all the players are," she said.

Asked about all-rounder Harleen Deol, who replaced Harmanpreet in the squad, Mandhana said: "I think it was the selector's decision but I think she is a brilliant player and for the T20 format she is the perfect all-rounder."

"She can bowl 2-3 crucial overs and gives a lot as a batswoman. She is also a brilliant fielder. Definitely, she will have a huge role to play in T20s for India in the future."

Mandhana said on the personal front that her approach towards her game won't change much after becoming captain.

"The preparation won't change because as a vice-captain for the last 2 years I have been attending all strategy meetings. I knew beforehand what we were going to do before the match when I was not the captain. But I will make that extra effort to speak to the bowlers," she said.

"I have been playing under a lot of captains in the last 4-5 years and I have tried to learn everything from them. I don't really like to mix captaincy and batting...as it will complicate things even more," she added.

Mandhana praised the BCCI for taking the matches to smaller venues as it attracts more crowd, which according to her is a must for the development of women's cricket.

"It's a brilliant initiative. The time we have landed in Guwahati the reception has been really amazing. All the players are really happy with the kind of response people are giving to us. This will help women's cricket in a big way," she said.

BCCI to bear tax liability of Rs 150 crore for hosting global events, in case of non-exemption