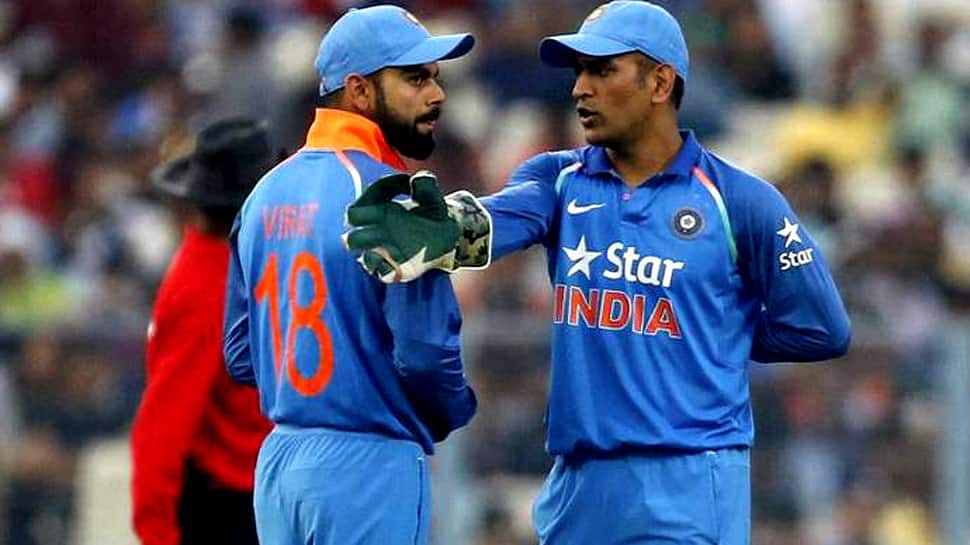 Speaking at a press conference in Dharamshala ahead of the opening match of T20I three-match series against Sri Lanka on Saturday, Kohli said he didn't know that his tweet would be taken as retirement tribute for Dhoni.

"I think it was a lesson for me, that the way I think, the whole world does not think in the same way. While putting that picture out on social media, I didn't think that the tweet could be taken as the retirement tribute, " Kohli said during the press conference.

On September 12, India captain had tweeted a throwback picture of him sitting on his knees and Dhoni after India defeated Australia Australia in a clash during the 2016 World T20 in Mohali. Kohli had scored 82 not out that night but his running between the wickets with Dhoni (18 not out) was a treat to watch for everyone, which also remains one of Kohli's best T20 innings.

The picture captioned, "A game I can never forget. Special night. This man, made me run like in a fitness test," sparked rumours on social media that the former Indian captain will announce retirement from international cricket that day.

A game I can never forget. Special night. This man, made me run like in a fitness test _ @msdhoni __ pic.twitter.com/pzkr5zn4pG

On Saturday, Kohli responded to the controversy surrounding the tweet by saying, "Mere zehen mein kuch naahi thaa yaar (I had nothing in my mind). I was sitting at home and I normally put out a photograph and it became a news item."

Notably, Dhoni has not played for India since the side's semi-final exit at the World Cup, during which the former Indian skipper was also criticised for slow strike-rate.

The three-match series starts in Dharamsala on Sunday.