Mahendra Singh Dhoni reached Ladakh on Wednesday where he received a warm reception from the Army personnel and interacted with them. The 38-year-old joined the 106 TA Battalion (Para) in Jammu and Kashmir on July 30. 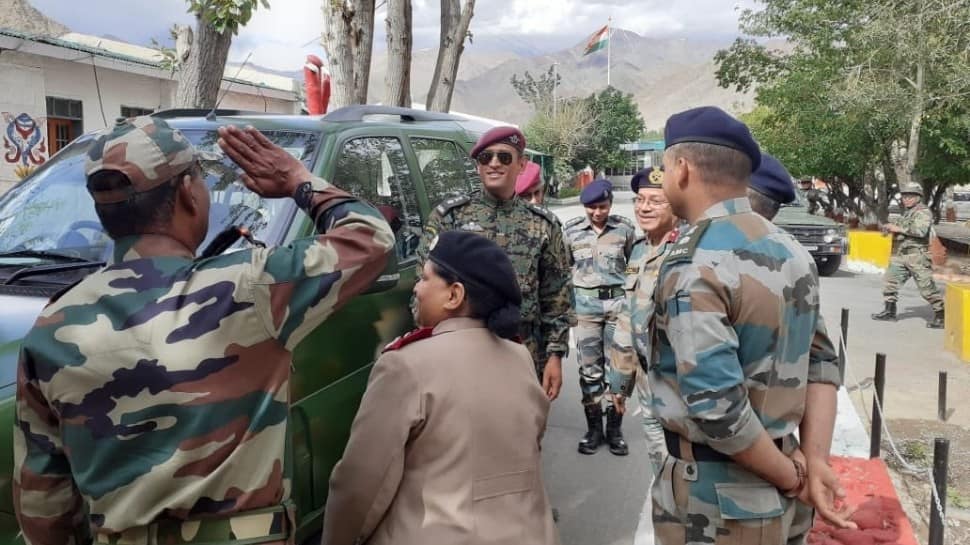 Ladakh: Former India skipper Mahendra Singh Dhoni, who is currently serving in the Indian Army as an honorary Lieutenant Colonel with the 106 TA Battalion (Para), is in Ladakh where he brought in India's 73rd Independence Day with the masses of the newly formed union territory. On August 5, Prime Minister Narendra Modi's central government abrograted provisions of Article 370 and Article 35A of the Indian Constitution which granted special status to Jammu and Kashmir and bifurcated the state into two union territories -- union territory of Jammu & Kashmir and union territory of Ladakh.

Dhoni reached Ladakh on Wednesday where he received a warm reception from the Army personnel and interacted with them. According to reports, the 38-year-old also paid a visit to Army General Hospital and interacted with patients. Various photos have surfaced on social media where the former India skipper is seen interacting with people from the armed forces.

Earlier, various photos had also gone viral where Dhoni was seen playing volleyball with members of his Territorial Army battalion and polishing shoes. Dhoni has undertaken duties of patrolling, guarding and post duties with the troops during his stay with the para regiment. 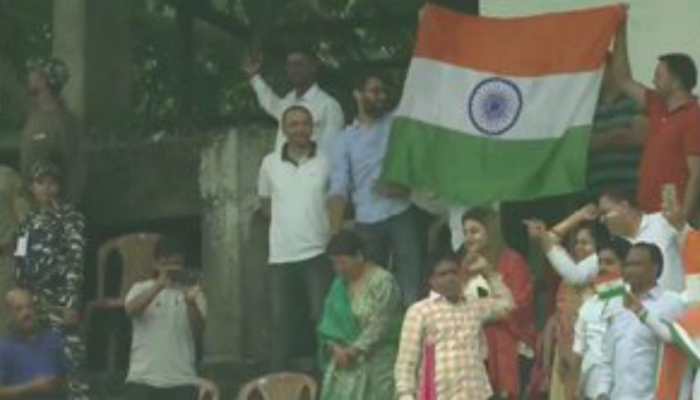 The 38-year-old joined the 106 TA Battalion (Para) in Jammu and Kashmir on July 30. Dhoni holds the honorary rank of Lieutenant Colonel in the Territorial Army unit of the Parachute Regiment (106 Para TA battalion).  In 2015, he became a qualified paratrooper after having completed five parachute training jumps from Indian Army aircrafts in the Agra training camp.

The veteran wicketkeeper-batsman has taken a two-month break from the Indian team and was therefore not included in the squad for the ongoing West Indies tour.

Virat Kohli breaks another record, first to score 20000 international runs in a decade