India vs England Women's Tri Series 2020: How the match progressed

Natalie Sciver top-scored with a quickfire 50 in just 38 balls before she was caught and bowled by Rajeshwari Gayakwad. England had a poor start but Natalie and Heather (18) put their team on course with some sensible batting. 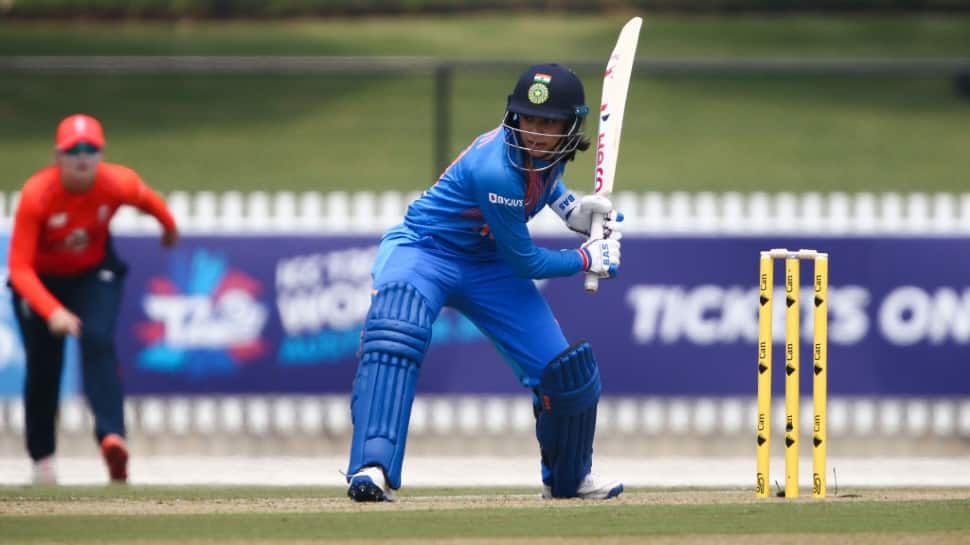 England women cricket team beat India by 4 wickets in on Friday (February 7, 2020) in match four of the T20 International tri-series in Junction Oval, Melbourne, Australia. India were put in to bat by England captain Heather Knight who won the toss and chose to field. India scored 123/6 in 20 overs and England chased the target in 18.5 overs losing 6 wickets.

Natalie Sciver top-scored with a quickfire 50 in just 38 balls before she was caught and bowled by Rajeshwari Gayakwad. England had a poor start but Natalie and Heather (18) put their team on course with some sensible batting. Fran Wilson remained not out with 20 runs while the other not out batswoman was Lauren Winfield on 2. The other scores were Amy Jones (1), Danni Wyatt (14), Katherine Brunt (8) and Tammy Beaumont (3).

Rajeshwari Gayakwad picked three England wickets while Radha Yadav had 1 to her credit.

For India, 16-year-old Shafali Verma failed to trouble the scorers much, but her opening partner Smriti Mandhana top-scored 45 runs of 40 balls. Jemimah Rodrigues and India captain Harmanpreet Kaur were the only other batswomen to reach double digits as England bowlers maintained a tight line and length. Jemimah scored 23 while Harmanpreet has 14 to her credit.

Veda Krishnamurthy (2), Taniya Bhatia (8), Deepti Sharma (9 not out) and Arundhati Reddy unbeaten on 7 were the other scorers for India while extras contributed 7 to take India's score to 123 in 20 overs.

For England, Anya Shrubsole picked 3 wickets, Katherine Brunt had 2 and Sophie Ecclestone chipped in with the wicket of one Indian batswoman.

Australia are the third team in the Women's T20 International tri-series. India, England and Australia had won one match each before the fourth match between the first two teams on Friday (February 7, 2020). In the last match of the tournament on February 1, 2020, Australia beat India by 4 wickets. While India scored 103 for 9 in their allotted quota of 20 overs, Australia chased the target scoring 104 for the loss of 6 wickets.

Score and news updates below:

Tammy Beaumont is run out by Smriti Mandhana for just 3 but England's win is just a formality. England 122/3 in 18.3 overs. Target 124

Natalie Sciver and Fran Wilson put up a good partnership and take the game away from India. The duo puts up 49 runs for the 5th wicket as England close in on India's score.

Danni Wyatt is caught by Rajeshwari Gayakwad off Radha Yadav for 14 and Katherine Brunt is run out by Deepti Sharma for 8. England lose top 3 wickets cheaply. England 28/3, 5.2 overs. Target 124

Harmanpreet Kaur scores 14, Veda Krishnamurthy 2, Taniya Bhatia 8, Deepti Sharma 9 (not out) and Arundhati Reddy (7 not out) were the other Indian batswomen to score. India reached 123/6 in 20 overs.

Jemimah Rodrigues falls in 12th over for 23. She is stumped by Amy Jones off Anya Shrubsole. India 80/3.

Smriti Mandhana and Jemimah Rodrigues put up a good partnership. Smriti goes back after scoring 45 runs in 40 balls. She is caught behind by Amy Jones off Katherine Brunt's bowling with Indian score on 62 in 9.5 overs.

England captain Heather Knight won the toss and chose to field against India at Junction Oval, Melbourne. India are led by Harmanpreet Kaur. The umpires are Claire Polosak, Anthony Wilds, Donovan Koch and Michael Graham-Smith while the match referee is Robert Stratford.