Look at England's record in final of ICC World Cup

England had earlier made a third-place finish in the World Cup 2019 points table after winning six out of nine matches they played during the group stage. 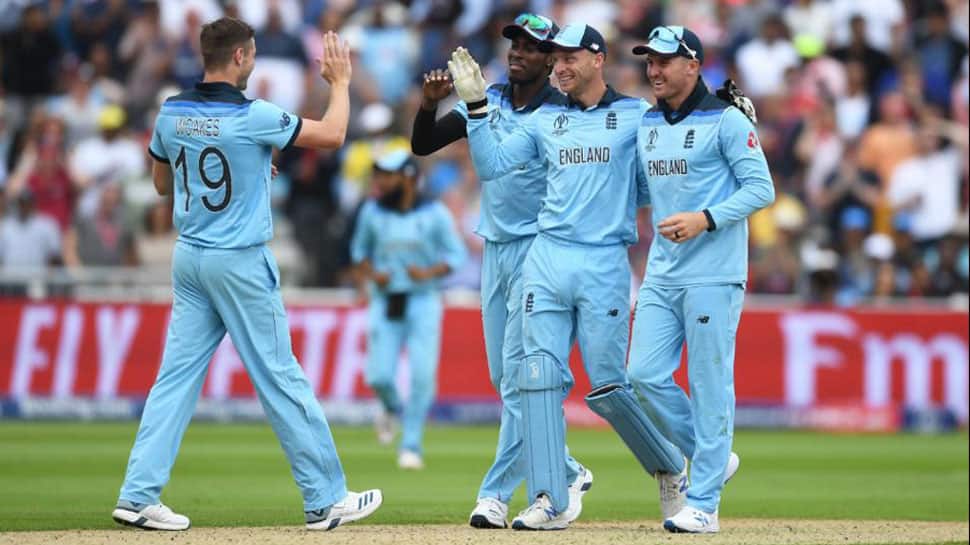 Hosts England will aim to clinch their maiden title at the International Cricket Council (ICC) World Cup when they lock horns with in-form New Zealand the final of the 12th edition of the cricket's showpiece event at iconic Lord's Cricket Ground in London on Sunday.

Heading into the clash, the omens are good for Eoin Morgan’s side, who are bidding to become the third consecutive host nation to win the tournament – following in the footsteps of India in 2011 and Australia, who co-hosted with New Zealand, in 2015.

Though England have never managed to lift the trophy, they will be making their fourth appearance in the final of the mega event. The hosts previously made it to the summit showdown of the World Cup during 1979, 1987 and 1992 editions of the tournament.

England made it their first-ever final of the ICC World Cup during the second edition of the tournament i.e in 1979 at the home ground. The Kim Hughes-led side had won all of their group stage matches before they sealed a narrow nine-run win over New Zealand in a close semi-final encounter at Old Trafford in Manchester to book their place in the final of the tournament at that time.

However, England suffered a 92-run defeat at the hands of once-formidable West Indies on June 23, 1979 to miss out on the opportunity of clinching the trophy. Chasing a target of 287 runs,  the hosts slumped to the biggest collapse in the history of the World Cup as they lost eight wickets for 11 runs to eventually bundle out for 194. West Indies' Joel Garner finished with the terrific figures of five for three in 11 balls.

England's next appearance at the final of the World Cup came in 1987. England, led by Mike Gatting at that time, won four out of six group stage matches to reach the knockout stage of the marquee event. Both of their two defeats in the league stage came against Pakistan.

Subsequently, England defeated India by 35 runs in the semi-final of the quadrennial event at the Wankhede Stadium in Mumbai to storm into their second final of the World Cup, only to see themselves eventually lose to Australia by seven runs at Eden Gardens in Calcutta.

Prior to the ongoing edition of the World Cup, England's third and last appearance at the marquee event came in 1992 when they were beaten by Pakistan by 22 runs at the Melbourne Cricket Ground, Australia. En route to the finals, England had won six out of the 10 matches they played, including sealing a 20-run win over South Africa in the semi-finals.

For the first time since the 1992 World Cup, England have made it to the finals of the tournament. The hosts will be making their fourth appearance in the final of the cricket's showpiece event when they take on Kane Williamson-led New Zealand. Regardless of the result at iconic Lord's, history will be made as neither England nor New Zealand have ever tasted victory on the big stage.

England had earlier made a third-place finish in the World Cup 2019 points table after winning six out of nine matches they played during the group stage.