On Wednesday, as England eye a semi-final berth in the World Cup 2019, on their turf, life would come full circle for Morgan the captain. 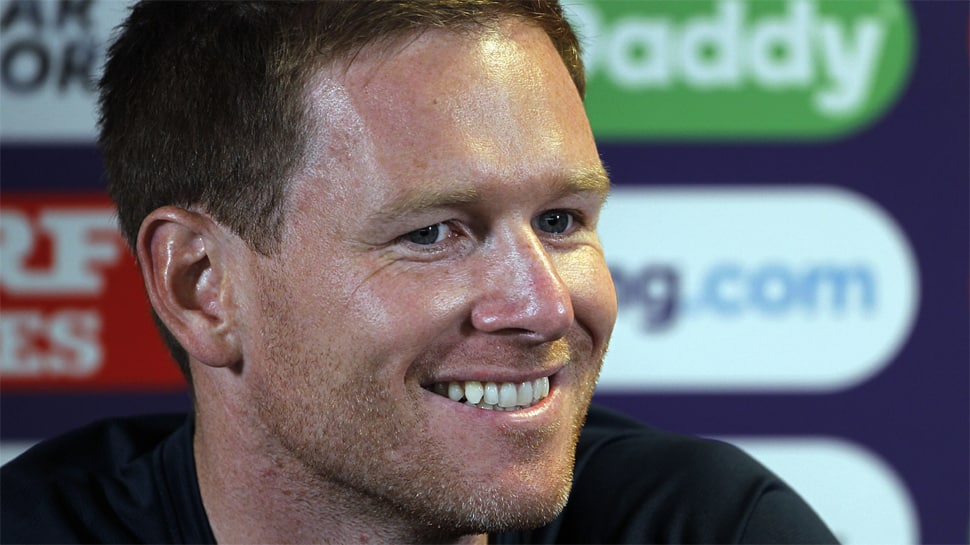 DURHAM: Remember 2015? When Eoin Morgan's England were sent packing from the World Cup by Bangladesh? Well, turns out the scars of that game weren’t even close to the wounds England encountered against New Zealand earlier in the tournament.

In Wellington on February 20, 2015, England, electing to bat first, were rolled over for 123. Tim Southee picked up 7/33, and barring Joe Root's 46, the rest of the English batsmen proved easy targets. They lost their last seven wickets for 19 runs with then out-of-form captain Morgan limping to 17 off 41 balls. If 123 wasn’t enough to cause damage to England’s spirits, the fact that Brendon McCullum smashed seven sixes en route to scoring a 25-ball 77, knocked the stuffing out of England. In the end, England never recovered from that assault and New Zealand, gaining confidence, went on to reach the final.

McCullum retired, but Morgan has stayed on, to a point where he’s lifted England from the grave and transformed the side into world-beaters. With a World Cup semi-final on the line, on Wednesday, as England eye a semi-final berth in the World Cup 2019 against New Zealand, on their turf, life would come full circle for Morgan the captain.

“Yeah, it was as close to rock bottom as I’ve been, certainly as a captain, as a player, being beaten off the park like that is humiliating. The influence, I think the influence throughout that whole World Cup on all the other teams around the world was quite extreme,” Morgan said about the World Cup game in Wellington.

“New Zealand proved a point that you can be really good humans and grow the game and play cricket in your own way and win at the same time, which is incredibly eye-opening for a lot of countries around the world. I thought that rubbed off on everybody in the World Cup, yeah.”

A win for either team will see it go through to the semis. The game however is more crucial for England since New Zealand have the cushion of a strong net run-rate, but for the hosts, a loss will seriously dent their chances. How did it come down to this? Two wickets in two games – against Sri Lanka and Australia. But having played out complete game against India, the No. 1-ranked side in the world, beating them by 31 runs is just what the team needed ahead of its crunch contest.

Where New Zealand find themselves, England encountered it not so long ago – consecutive defeats, though Morgan didn’t seem too keen on reading too much into it.

“We haven’t necessarily looked at it like that. I think the most satisfying thing from the last game from our side is that we went out and played our brand of cricket. We were allowed to do that at the beginning, the way the two guys played. It felt more like the way that we play and the fact that we won doing that is extremely encouraging,” he said.

“It’s a matter of staying in the moment, identifying what we can do in order to contribute to the next game, which is tomorrow. So today is getting enough to put yourself in good form for tomorrow, or good head space to try and effectively win a game of cricket.”

The biggest difference between England losing steam and getting it back against India was one man in particular – Jason Roy. Having recovered from a hamstring injury, Roy re-united with Jonny Bairstow at the top to provide England a smashing start against India. Their 160-run opening stand was vital in England eventually getting to a match-winning total of 338.

“Him and Jonny at the top of the order in the Indian game did really set the tone for our innings on a wicket that we didn’t feel was that good to bat on, so they took us up past a par score which is great. Jonny scoring runs is a huge bonus, you know, and when he’s in good form he’s extremely hard to bowl at the top of the order,” Morgan said about England’s opening pair which has now put on nine century partnerships in ODIs.

Over the last few years, England have made a great virtue of chasing down totals – big totals. But with the pitches deteriorating due to the World Cup reaching its business end, batting first is proving to be a more sensible choice.

“I think just accepting that the wickets haven’t been as good as they have been in the last four years has changed that,” Morgan said.

“The game yesterday, the wicket looked good for 100 overs, so it might change again tomorrow. But I think every wicket that we have played on so far has been tougher to bat on in the second innings regardless if we had won or not. Even the games I have watched on TV, it’s been tougher second innings.”