Experienced wicketkeeper-batsman Mahendra Singh Dhoni, who remains to be India's most successful captain in the limited-overs cricket, bid adieu to international cricket on Saturday. 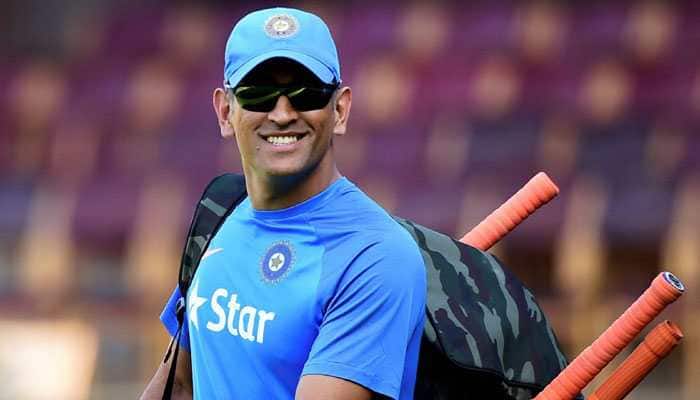 Experienced wicketkeeper-batsman Mahendra Singh Dhoni, who remains to be India's most successful captain in the limited-overs cricket, bid adieu to international cricket on Saturday.

The former Indian captain, who retired from Test cricket six years ago, took to his official Instagram account to announce that he is bringing an end to his illustrious one-day and T20 international cricketing career.

Dhoni, who made a total of 538 international appearances for India, made his international debut during a One-Day International (ODI) match against Bangladesh in December 2004. The wicketkeeper-batsman received his maiden cap in the longest format of the game for India against Sri Lanka in Chennai a year later.

Meanwhile, Dhoni made his debut in the shortest format of the game against New Zealand in Manchester in July 9.

The wicketkeeper-batsman was appointed as the captain of the national team across all the three formats of the game in 2017. He went on to become one of most successful captains of India before stepping down from the post in 2017 in order to shift his focus on his performance as a player.

Take a look at some of the records and career stats of the former Indian skipper:

# MS Dhoni amassed a total of 4,876 runs in 90 Test matches he played for India before announcing retirement from the longest format of the game on December 30,2014.

# The former Indian skipper is the first wicket-keeper from the country to reach the feat of 4,000 Test runs.His highest score of 224 in the format came against Australia.

# Dhoni was also the fourth player from the country and 12th cricketer overall to complete 10,000 runs in the 50-over format. He reached the mark in 273rd innings during a match against England in July 2018.

# Dhoni also tops the list of Indian wicket-takers with most dismissals with a total of 829 dismissals across the three formats of the game. He is standing just behind South Africa's Mark Boucher (998) and Australia's Adam Gilchrist (829 dismissals) in the overall list.

# Under his captaincy, Dhoni had led India in a total of 199 matches in the 50-over format, guiding the side to 110 wins and 74 defeats. He had also captained India in 60 Test matches and helped the team clinch 27 wins.

# The former captain also holds a decent captaincy record in the shortest format of the game, leading India to 41 victories out of the 72 matches the country played under his leadership.

# He was also conferred with Padma Bhushan award--India's third-highest civilian award in India in 2018.

# Dhoni, who has been on an indefinite break since India's semi-final exit at the 2019 ICC World Cup at the hands of New Zealand, has also guided Chennai Super Kings (CSK) to Indian Premier League (IPL) glory on three occassions.

Dhoni is all set to lead CSK in the 13th edition of the IPL, which is now scheduled to be held from September 19 to November 10 in the United Arab Emirates (UAE).

The lucrative T20 tournament was earlier slated to take place from March 29 to May 24 but it was postponed indefinitely by the Board of Control Cricket in India (BCCI) in the wake of coronavirus pandemic.