Henry dismissed openers Rohit Sharma and KL Rahul for just a run apiece, following it up with a cheap dismissal for Dinesh Karthik. 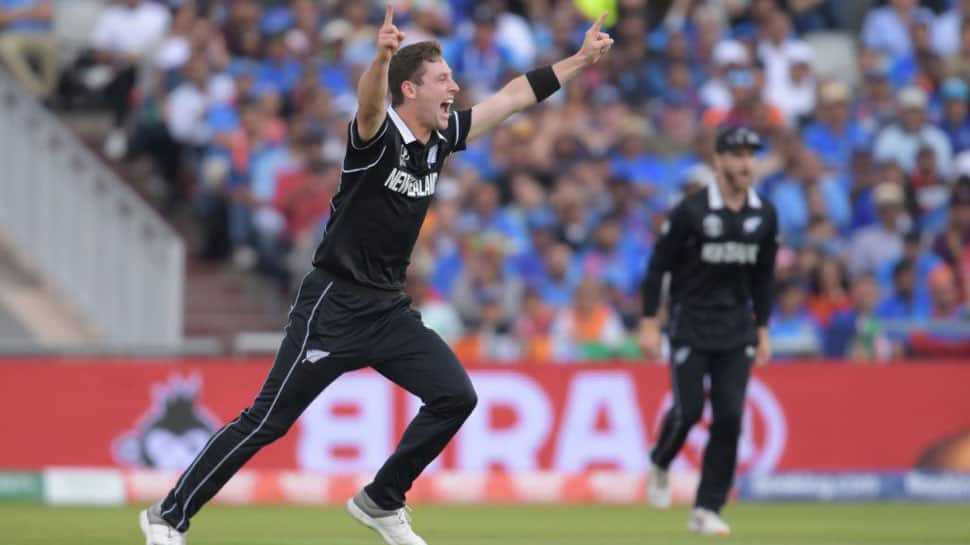 New Zealand pace bowler Matt Henry played a key role in his side's victory by a margin of 18 runs in the first semi-final of the ICC Cricket World Cup 2019 against India at Old Trafford, Manchester on Wednesday.

Henry dismissed openers Rohit Sharma and KL Rahul for just a run apiece, following it up with a cheap dismissal for Dinesh Karthik. He further conceded just 37 runs off his bowling spell which played a key role in bowling out the Men in Blue for 221 runs, while defending a moderate total of 240 runs.

New Zealand skipper Kane Williamson won the toss and opted to bat. The Kiwis were restricted to a total of 239 runs for the loss of eight wickets in 50 overs in a clash delayed by rain, with veteran Ross Taylor the highest run-scorer.

Taylor scored 74 runs off 90 deliveries in an innings comprising of three boundaries and a six.

In turn, Henry dismissed Rohit Sharma off the third delivery of his opening over before following it up with the wicket of KL Rahul off the first delivery of his second over. This resulted in a poor start for India who certainly recovered following a 116-run partnership between MS Dhoni and Ravindra Jadeja, but failed to get across the line.